Australia and New Zealand to pursue ‘TPP 12 minus one’ 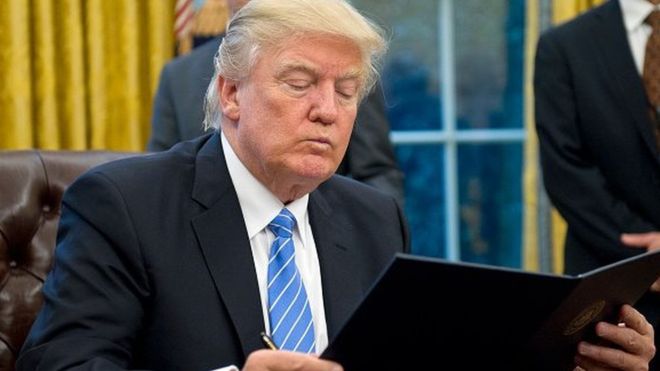 Australia and New Zealand say they are hopeful of pressing ahead with the Trans Pacific Partnership trade deal, despite America’s formal withdrawal.

The US-led, 12-nation agreement was set to cover 40% of the world’s economic output.

Pulling out of the TPP was one of Mr Trump’s first executive orders and fulfils a long-held campaign promise.

Australia has already devised a name for a possible new agreement: TPP 12 Minus One.

The country’s trade minister Steve Ciobo said Australia would not abandon the TPP just because it would require “a little bit of elbow grease” to keep it alive.

So what now for these countries?

Australia: Holding out hope for a so-called “TPP minus one”

Australia, among other nations, is looking for ways to salvage the Trans-Pacific Partnership (TPP) without the US.

Mr Ciobo was in Switzerland last week to discuss new deals at the World Economic Forum in Davos. 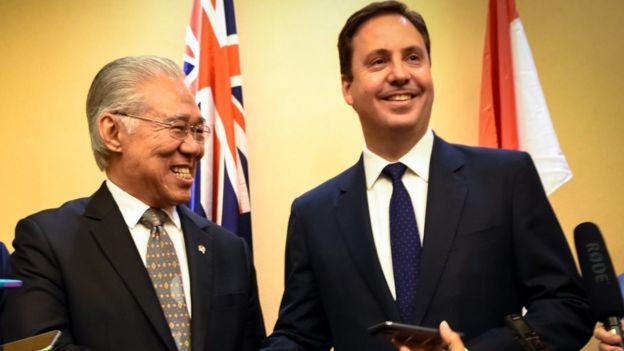 “I’ve had conversations with Canada, with Mexico, with Japan, with New Zealand, with Singapore, Malaysia,” he told the Australian Broadcasting Corporation (ABC) from New York on Monday.

“I know that there’s been conversations that have been had with Chile and with Peru. So there’s quite a number of countries that have an interest in looking to see if we can make a TPP 12 minus one work,” he said.

Mr Ciobo also said the original architecture of the TPP was designed to enable other countries to join.

“Certainly I know that Indonesia has expressed a possible interest and there would be scope for China if we were able to reformulate it to be a TPP 12 minus one for countries like Indonesia or China or indeed other countries to consider joining and to join in order to get the benefits that flow as a consequence,” he said.

New Zealand Prime Minister Bill English has said he is hopeful of keeping a free trade deal alive with remaining members of the TPP agreement, while the country’s trade minister Todd McClay told local media he expected TPP ministers would meet in the coming months to navigate a way forward. 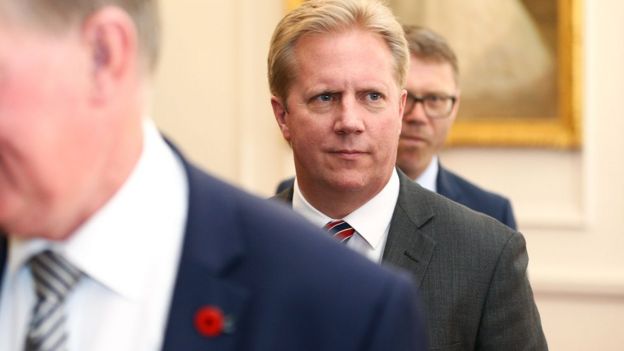 Like his Australian counterpart, Mr McClay said he had met with a number of TPP member countries in Davos.

“New Zealand’s economy depends upon fair access to overseas markets. We will continue to advocate for the benefits of trade liberalisation on the world stage,” he said.

The country is also looking to hammer out bilateral deals with other countries and has recently been to the Middle East, promoting key New Zealand products including dairy.

Last week, Mr McClay confirmed New Zealand and Sri Lanka would move ahead with discussions on new trade and investment opportunities, including a free trade agreement between the two countries.

And the minister has said trade relations with the UK were in good shape, with an agreement in place to try and ensure there is no disruption to bilateral trade between New Zealand and Britain in the wake of Brexit.

Japan: Wanting to build trust with the US

Any hope of resurrecting the TPP will surely depend on Japan – the world’s third largest economy.

Prime Minister Shinzo Abe has reinforced his trust in President Trump’s leadership and said he hopes to continue talks with the US around free trade.

“I believe President Trump understands the importance of free and fair trade, so I’d like to pursue his understanding on the strategic and economic importance of the TPP trade pact,” said Mr Abe during a parliament session on Monday. 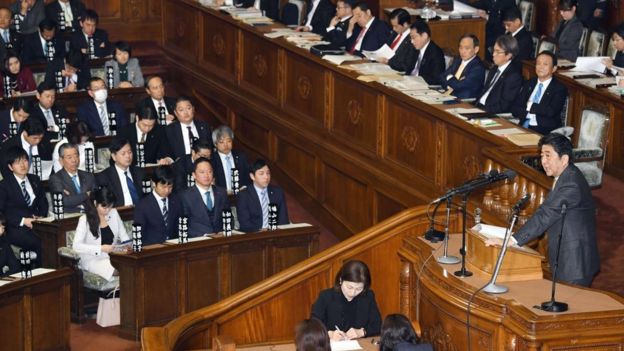 Japan’s finance minister Taro Aso reiterated this stance on Tuesday and told reporters that plans were being put in place for Mr Abe to visit the US and meet Mr Trump.

Trade Minister Hiroshige Seko said he would now be closely watching for any changes to the North American Free Trade Agreement – which includes Canada, Mexico and the US – and how that might impact Japanese companies.

China: Left out in the cold, is China now rejoicing?

China, which was left out of the TPP deal, has its eye on its own regional trade pacts.

It has suggested a Free Trade Area of the Asia Pacific and is supportive of the Regional Comprehensive Economic Partnership (RCEP), which could see a free trade deal between countries including Australia, China, India, Japan, South Korea and New Zealand. 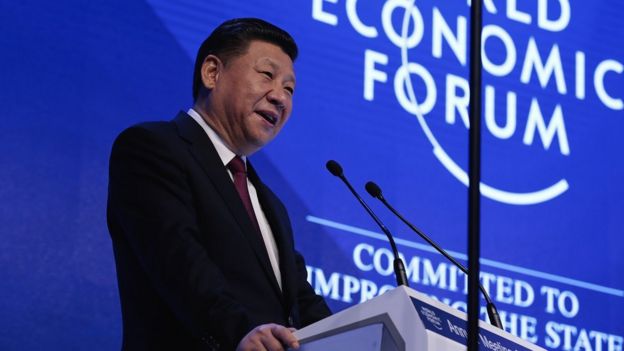 During last week’s World Economic Forum at Davos, Chinese president Xi Jinping defended the notion of free trade and said protectionism was akin to “locking oneself in a dark room”.

The Chinese leader’s comments were widely viewed as a reference to Mr Trump’s “America first” policies and a clear signal that Beijing saw the move as an opportunity to play an even larger role in world trade – filling the vacuum left by the US.