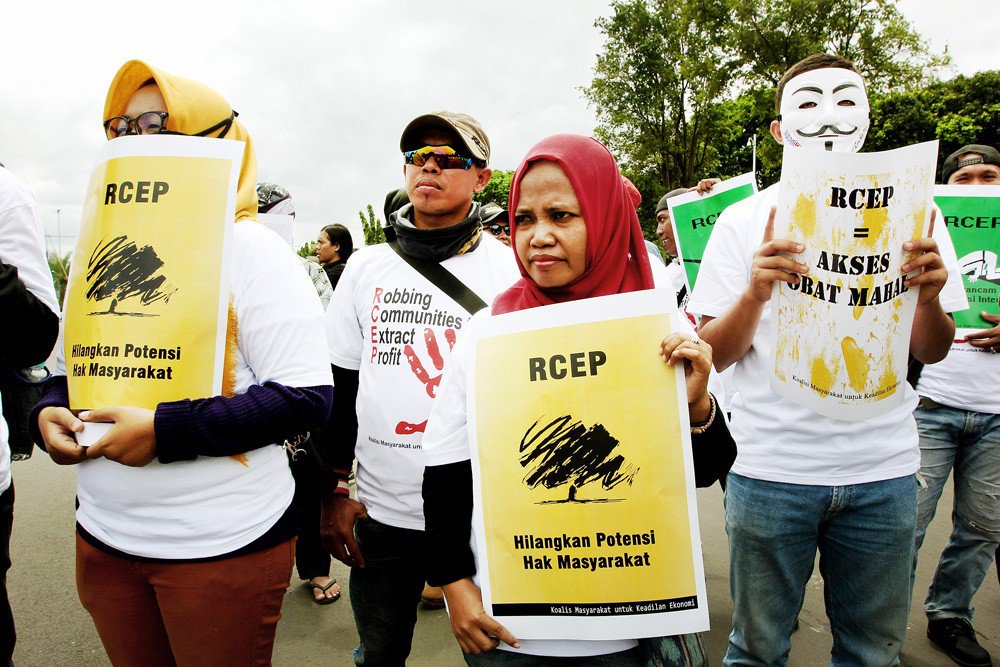 In the wake of public debate regarding the costs and benefits of a free-trade deal between ASEAN countries and their key trading partners, country representatives at the 16th round of Regional Comprehensive Economic Partnership (RCEP) negotiations invited on Wednesday civil society groups to share their views about the proposed agreement.

“We need this kind of input and later will compare it with those from businesses,” said RCEP trade negotiations committee chief Iman Pambagyo, who also serves as the Trade Ministry’s director general for trade negotiations.

A number of organizations joined Wednesday’s forum, with requests ranging from access to negotiation progress results to the introduction of an investor-state dispute settlement (ISDS) mechanism to benefit the public interest.

From all the 16 rounds of RCEP negotiations, which commenced in 2012, only three have held a special forum for civil society groups.

In the wake of protectionist policies worldwide, trade growth has stopped outpacing global economic growth, according to a global trade governing body.

Negotiations on the RCEP, which is backed by China and involves six of ASEAN’s main trade partners without prior free trade deals—Australia, China, India, Japan, South Korea and New Zealand—is set to equal 30 percent of the world’s economy and become a common market of 3.4 billion people with a combined gross domestic product (GDP) of US$21.4 trillion.

The next round of negotiations will take place in India in 2017. The date for the round, however, has yet to be decided. (hwa)