India faces criticism for blocking global trade deal, but is it justified? 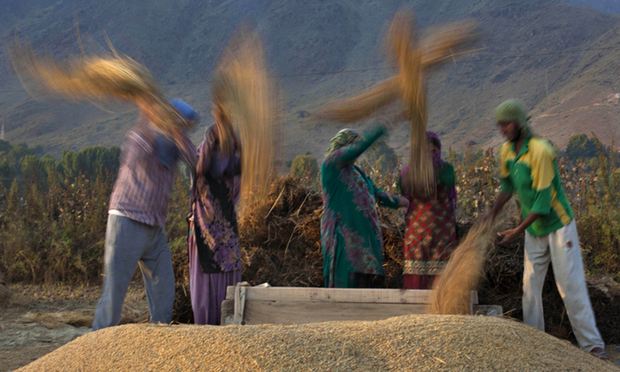 There is a view on global trade negotiations that has been propagated by a spate of commentaries and news analysis over the past few months. It runs broadly as follows: the multilateral trade regime had been limping to a slow death because of the failure of the Doha development round to come to any conclusion, until it was resuscitated by the Bali meeting in December.

This breathed new life into the World Trade Organisation (WTO) by coming to an agreement on trade facilitation, which would result in big benefits for all countries. However, that deal is now being blocked by India, which is being intransigent about its food subsidy measures, which are illegal under the agreement on agriculture. India stands isolated in the global community but still threatens to bring the multilateral trade negotiations to a grinding halt again.

Despite being repeated in the media, this view is wrong in almost every particular. The multilateral trade regime had become irrelevant because of the failure to agree a new deal in the Doha round. It is certainly true that the Doha round has so far been a huge disappointment, particularly for developing countries, since none of their major concerns has been addressed. But the WTO and the various agreements it enforces still remain hugely significant for member countries. The lack of progress is not because of new issues being ignored, but rather because of continuing inequities in the way these agreements have played out in actual trade.

The ministerial meeting at Bali was hailed as a breakthrough because it pushed through agreement on one new (and relatively minor) issue: trade facilitation. This is the easing and streamlining of customs rules and procedures, as well as improving infrastructure at ports and other border exchange points. This has been heralded as a move that will generate big increases in exports for all countries. Such optimistic assessments, however, are typically based on unrealistic assumptions that all countries will benefit equally. Also, the significant costs to developing countries of just trying to implement this deal are generally ignored or understated, so the net gains are uncertain and unequally distributed. In fact, this particular agreement is likely to be of much more benefit to multinational corporations than to most developing countries.

But the issue that really bothered many developing countries – that of uneven and unfair implementation of the agreement on agriculture – was not resolved at Bali. The G33 group of developing countries (which actually includes 46 countries) had been arguing that the way agreement is formulated does not allow for the livelihood and food security concerns of developing countries to be addressed. They demanded the right to protect their small-scale and resource-poor farmers. They also wanted concessions similar to those that developed countries already had, in terms of mechanisms to ward off sudden import surges in sensitive products.

One simple demand related to how such support is to be measured. Developed countries were supposed to reduce so-called amber box measures – those that distort trade most severely. Several of them achieved this by shifting at least part of these subsidies into the allowed category of green box measures, which supposedly do not distort trade because they are not specific to particular crops.

But – and here’s the catch – all such subsidies, even in developing countries, are to be measured in relation to 1986-88 prices, not current prices. This is absurd, since global agricultural prices have multiplied at least sixfold since then. You might have thought that this obvious anomaly would be universally rejected, but wealthy countries, led by the US, have steadfastly refused to consider changing this clause on the grounds that it implies “opening up the agreement”.
A woman sells oranges at a bazaar in Meghalaya, India. The country’s nutrition indicators are among the worst in the world. Photograph: Alamy
This has made India run foul of the WTO rules. In a breathtaking display of hypocrisy, the US (whose food stamp programme amounts to several times the value of India’s total food subsidy) has accused India of exceeding its allowed level of support. This is because India wants to expand a public procurement and distribution programme to support the viability of poor farmers, encourage the production of grain and ensure its distribution to the largely undernourished population. The support prices offered to farmers are only slightly higher than current global trade prices, but obviously much higher than the reference prices of nearly three decades earlier.

India’s nutrition indicators are among the worst in the world and it is unlikely to meet the millennium development goal of reducing hunger, so such a programme is essential. This is what made India fight for attention to food security in Bali, but all it could manage was a “peace clause”, which supposedly prevented any legal dispute against it for four years. Even that has not prevented the US and others from asking India to quantify its agricultural support over the past six months.

This is the context in which India has said it cannot agree to a deal that ignores the most important trade issue that most developing countries face. Contrary to wider perception, it is not alone in this. The G33 once again tabled its concerns in a July meeting at the WTO. At the G20 meeting of trade ministers in August, South Africa echoed India’s concerns, with minister Rob Davies pointing out that the bigger risk to the multilateral trading system comes from the developed world failing to listen to the justified concerns of developing countries.

Sorting out this problem in agriculture is simple, at least in terms of accounting for inflation and similar matters. It is therefore hard to see why this should have a four-year time horizon compared with the apparent urgency for trade facilitation. When seen in this light, it is clear who is really holding up a genuinely progressive global trade deal.