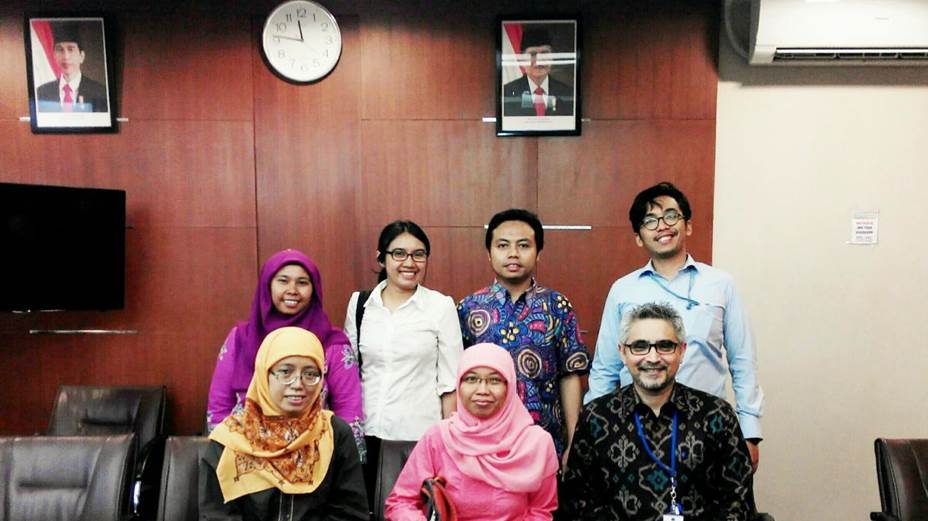 Jakarta, March 16, 2015. Regarding with the BITs review process conducted by the Indonesian Government,  Indonesia for Global Justice (IGJ) together with several civil society organizations held a meeting with the Ministry of Foreign Affairs welcomed by the Director for Economic  Agreement, Social, and Cultural Ministry of Foreign Affairs, Abdulkadir Jailani, and two of his staff.

In the dialogue, Abdulkadir confirms that the Indonesian government’s commitment to continue to perform assessment and revise the international investment treaties that have been signed with various countries. The purpose is to promote the national interest. Abdulkadir acknowledges that the presence of BITs State has lost its sovereignty. The Indonesian government is currently difficult to make policies and legislation that emphasizes the protection of the national interests.

Abdulkadir contend that without BITs, Indonesia will not lose any potential investment. He doubted that BITs will bring an investment of the participating countries. “For example, US investors have invested in Indonesia, although without the BIT, as well as Japanese investors who have invested before IJEPA was signed ‘.

In the discussion, the concerns has raised that the similar investment chapter to the BITs in the Free Trade Agreement (FTA) signed by the Government. Currently, RCEP is being negotiated by Indonesia [i]) that it will also include an investment chapters. According to Abdulkadir, the FTA is one of the challenges in the process of revision of the investment agreement. This is due to the investment chapters in FTAs ​​that has been negotiated, which is hard to be revised or to be stopped. Because, this is ‘one package’ agreement, which can not be stopped in one chapter alone.

Meanwhile, to stop the process of negotiations on the ongoing FTA is quite difficult because of the FTA often starts from a political commitment. Regarding on that, Abdulkadir contend that the negotiators need the right strategy in eliminating the investment chapter in the FTA, for example, in the chapter on investment can only set the Promotion and not Protection.

Another concern that emerged is the existence of the Investment Law no. 25/2007 which also gives the same treatment and gives investors the opportunity to sue the government in the ICSID. So although BITs is discontinued, then the chances of Indonesia sued will still exist because of the Investment Law still applies to investors. In addition, the presence of ‘Survival Clause’ is also still give protections for investors although BITs has been discontinued, and usually applies between 10 to 15 years after discontinued.

According to him, the future does not rule out the possibility of Indonesia will be sued as a result of discrepancies between the legislation which applied in Indonesia, namely: between national policy and local government policies. Overlapping regulations are increasing the emergence of a lawsuit in arbitration. For example Horticulture Law that regulates foreign investment restrictions of up to 30% for seed, but in other regulations allow foreign investment of more than 90%.

In fact, the cancellation of Law No.7/2004 regarding on Water Resources by the Constitutional Court in last February, related to water management contract that has been given to multinational companies will create a similar effect. Hexa of KRuHA, telling the case against civil society in South Jakarta court that urge to restore water management in Jakarta to local government. However, some of the staff of the local government actually worrying the international arbitration claims of right holders, namely Palyja and Aetra. “This is an example of how BIT’s become more powerful and overriding of the decision of the national court and even the Constitutional Court ‘said Mr Abdulkadir.

At the end of the meeting, civil society groups hope that the dialogue on the issue of the investment agreement with the Ministry of Foreign Affairs will be continues. And not only with the Ministry of Foreign Affairs, to realize the importance of the wider dissemination of information on the FTA, BIT and international treaties need to be done, especially to the members of Parliament, academics, local government and others. ***