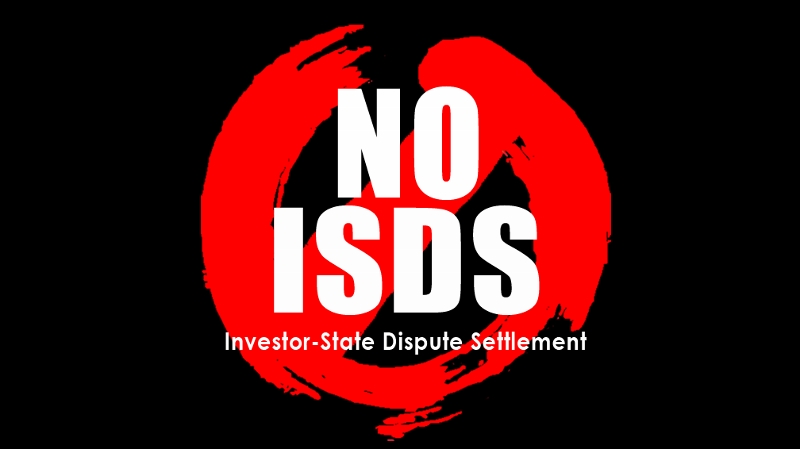 “We expected to discuss real reforms to a fundamentally flawed international arbitration system that gives investors the right to sue governments, not in national courts, but in secretive offshore tribunals. This so-called Investor-State Dispute Settlement (ISDS) mechanism is a one-way street where only corporations can sue. It is time to question the need for a system where states become liable for multi-billion dollar judgments for pursuing their obligation to safeguard the people and the environment. Systemic change is required, which means abolition of ISDS, not mere adjustments on procedural matters,” said Tony Salvador from SENTRO and Trade Justice Filipinas.

Massive awards of hundreds of millions, or even a billion dollars, drain taxpayer funds away from developing countries that need them to provide essential services to and fulfil basic need of their people. In the Cemex case, the Indonesian government paid USD 337 million to settle the case, which is equivalent to the yearly salary of more than 38,000 teachers.

“Statistics from the ‘experts’ were shocking. Even where governments win in this biased system and the foreign investor is ordered to pay their costs, they can’t recover these awards in 37% of cases. The investor may be a shell company that has no assets. The investor might be backed by a ‘third party funder’ (speculator) who can profit if the government is ordered to pay massive damages, but can’t be required to pay the costs if the case is lost,” said Jammu Anand from the international federation of trade unions Public Services International (PSI) in India.

The sub-text that was barely mentioned was the European Union’s proposal for a Multilateral Investment Court that would leave all the pro-investor rules of these agreements intact and empower unaccountable international tribunals to decide the validity of domestic policy and laws and override domestic courts.

“The international investment treaty regime is in crisis because its pro-investor bias threatens states’ sovereign right to regulate in the national interest. Developing countries have terminated treaties, withdrawn for the World Bank-run investment dispute system, and developed alternatives. Countries from the region that have questioned this system chose not to come. We missed the sharing of their experiences and attempts to address the fundamental failure of the system,” said Prof Jane Kelsey from Auckland University, New Zealand.

“There were a lot of discussion on how coherence and consistency is needed in order to ensure the protection of investors interests. Yet there is no consistency and coherence of international trade laws and UNCITRAL’s mandate with the broader United Nations’ principles of peace, justice and human rights as stated in the UN Charter and various other international human rights treaties and conventions. There was no reference to thecritiques of ISDS from UN rapporteurs on democracy and indigenous rights, or the states’ environment obligations,” said Misun Woo, from Asia Pacific Forum on Women, Law and Development, a regional women’s rights organization based in Thailand.

The meeting was branded an Asian regional meeting. But the majority of delegations were from Europe, the international institutions and arbitration industry. Less than half the countries represented were Asian. “We were left in no doubt who is driving UNCITRAL’s false “reform” agenda. The answer is the rich countries, the foreign corporations and the arbitration industry who need to rescue their gravy train,” said Shoko Uchida, from Pacific Asia Resource Center in Japan.

“We call on our governments to represent the interests of the people of the region and tell UNCITRAL to either address the real reasons why ISDS is fundamentally flawed or to abandon its ‘reform’ agenda that is designed to reinforce and re-legitimise a self-serving investment dispute system,” concluded Heesob Nam from Trade & Democracy Institute in South Korea.

Access to Medicine Issues In The People’s Forum Brussels