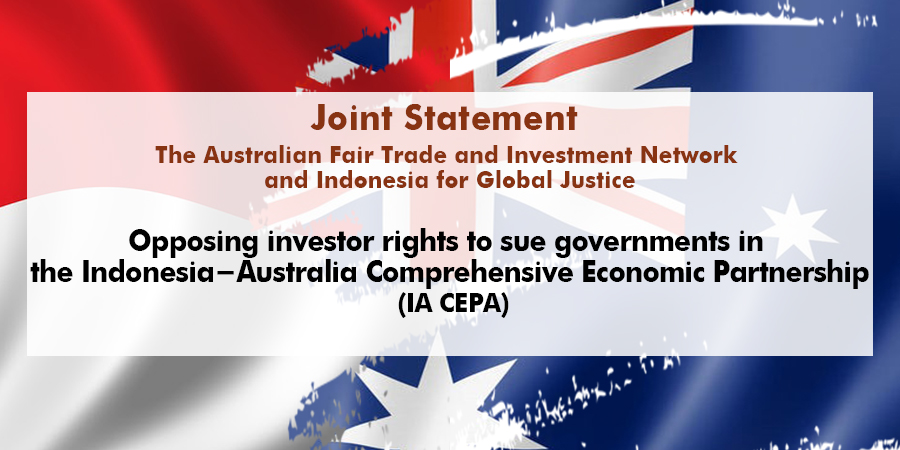 Investor-State Dispute Settlement (ISDS) gives additional legal rights foreign investors (rights not available to local investors) to sue governments for millionsin  international tribunals if they can claim that a change in national law or policy will harm their investment. Because ISDS cases are very costly, they are mostly used by large global companies that already have enormous market power, including tobacco, pharmaceutical, mining and energy companies.

Legal expertshave noted that ISDS tribunals are not independent or impartial and lack the basic standards of national legal systems. There are now 942 known cases, many against health,environment(including laws to address climate change), Indigenous land rights, the minimum wageand other public interest laws. Most are won by companies or settled by governments.

Many governments, including South Africa, India, Brazil, the US and the EU, are no longer including ISDS in trade agreements.

Even when governments win cases, defending them takes many years and millions in legal costs. Australia defeated the Philip Morris tobacco companys attemptto claim compensation for its public health plain packaging law, but it took four years and cost $A24 million, of which Philip Morris was ordered to pay only $A12 million. Indonesia won its case against the Churchill mining companybut it took four years and cost  USD12.382 million. Churchillwas ordered to pay 75 % of this in 2016, but still has not paid.

Australia is defending the inclusion ISDS in the IACEPA by claiming that this modern version of ISDS in IACEPA is an improvement on the previous 1993 bilateral investment treaty, because it has some specific exclusions for health policy and some general safeguard clauses, that will make it more difficult for companies to win cases. In fact, these specific health exclusions do not apply to environment and other public interest laws, and the general safeguards are weak and will not prevent cases from being launched.

More importantly, the two governments have also failed to cancel the old treaty, which has no exclusions or safeguards at all. Investors will simply ignore the modern version and use the old treaty which is more favourable to them.

We are opposed to using so called free trade agreements to give additional legal rights to global corporations that already have enormous market power.

We call upon the parliaments of Indonesia and Australia to cancel the old treaty and to refuse to ratify the IACEPA pending removal of ISDS.