Letter EU Commission on TRIPS Plus 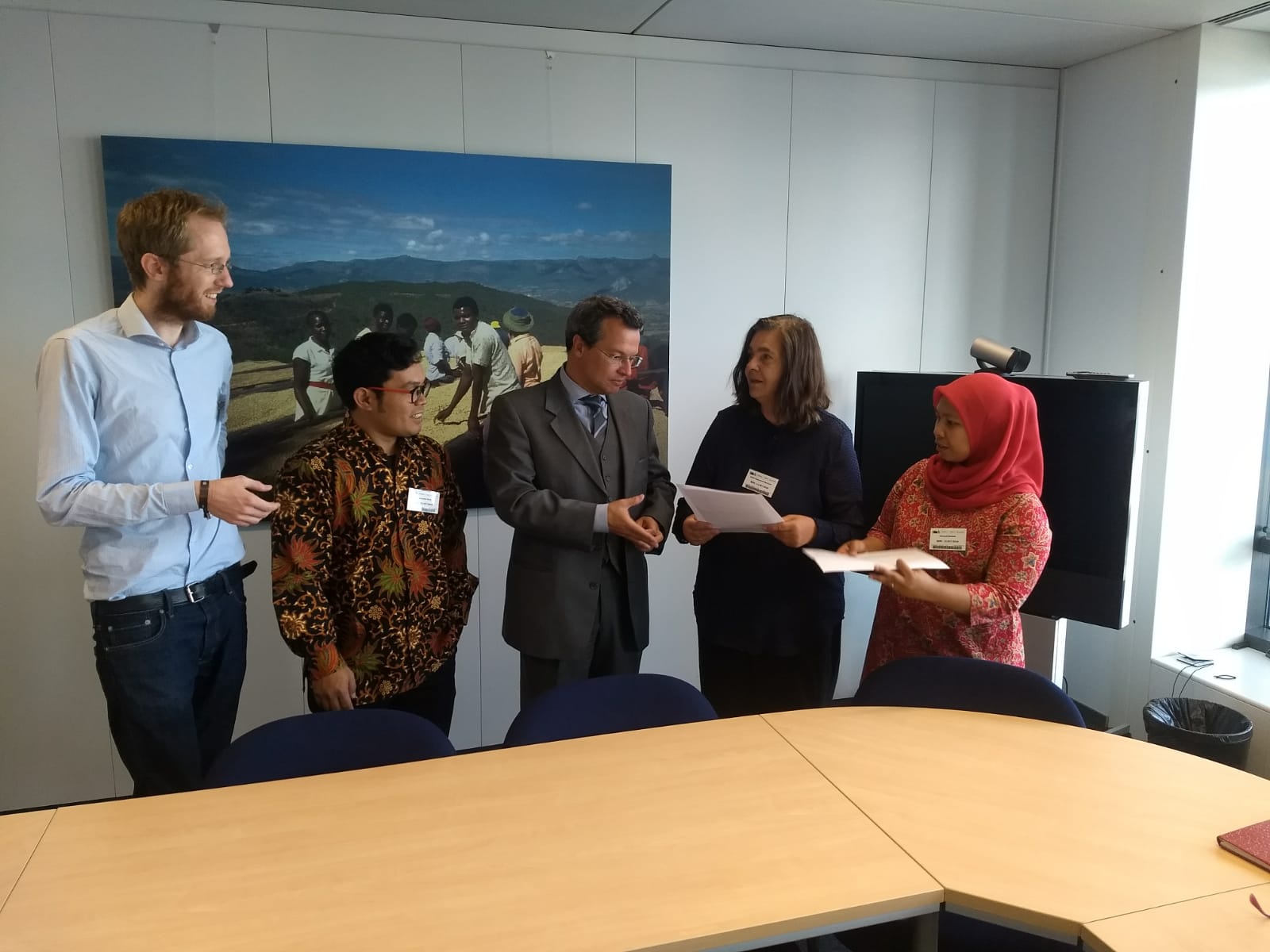 Indonesia for Global Justice and Indonesia AIDS Coalition are non-governments organization which has concerns on access to medicines. We are writing to express our position on the negotiations Comprehensive Economic Partnership Agreement (CEPA)between Indonesia and the European Union (EU). We aware that both parties have agreed to negotiate free trade agreement (FTA), including the chapter on intellectual property (IP) provisions.

We are concerned about a number of proposals being made by the European Union (EU) in its free trade agreement (FTA) negotiations with Indonesia. These proposals include stronger intellectual property protection on medicines than the World Trade Organization’s Agreement on Trade-Related Aspects of Intellectual Property Rights (TRIPS) (known as TRIPS+).

These TRIPS+ proposals made by the EU in the FTA negotiations with Indonesia include:

– Data and market exclusivity on medicines with an additional exclusivity period for new uses of an old medicine which are  considered of significant clinical  benefit  in  comparison with existing therapies.

Indonesia’s GNI per capita is US$3,540 compared to the EU’s US$32,778 (nine times greater than Indonesia’s). Even at purchasing power parity rates, 62% of Indonesia’s population lives on less than US$5.50 per day,  so they have trouble affording medicines even with the TRIPS level of intellectual property protection (20 year patents and no data/market exclusivity on medicines). Eg at US$15,000 per patient per year for patented HIV/AIDS medicines, it would take 62% of Indonesians at least 7 years to pay for one year of medicines, if they spent all their money on medicines. If Indonesia is forced to agree to the EU’s TRIPS+ proposals above, more Indonesians and people living with HIV will die from of treatable diseases because medicines are too expensive.

The EU has made these TRIPS+ proposals above even though:

b) The United Nations Sustainable Development Goals (SDGs) which were unanimously adopted by the 193 Member States of the United Nations includes Goal on health which includes access to affordable essential medicines and vaccines.

c) The European Parliament has repeatedly passed resolutions against TRIPS+ in FTAs eg:

a. 12 July 2007: ‘Calls on the Council to meet its commitments to the Doha Declaration and to restrict the Comission’s  mandate so as to prevent it from negotiating pharmaceutical-related TRIPS-plus provisions affecting public health and access to medicines, such as data exclusivity, patent extensions and limitation of grounds of compulsory licences, within the framework of the CEPA negotiations with the ACP countries and other future bilateral and regional agreements with developing countries;

b. 2008 re an EU FTA with the Association of Southeast Asian Nations (ASEAN) countries which includes Indonesia:

i. ‘nothing in the agreement should create legal or practical obstacles to the maximum use of flexibilities set out in the Declaration amending the Trade-Related Aspects of Intellectual Property Rights Agreement (TRIPS agreement) and access to medicines and calls on the Commission negotiators to take full account of the points set out in its above mentioned resolution of 12 July 2007 on this topic;

ii.  Recalls the EU commitment to support the Doha Declaration and the use of TRIPS flexibilities  in  favour  of public  health  and  of  access  to  medicines  in  developing countries; therefore calls on the Commission to do nothing that could undermine the Thai government’s efforts to ensure access to medicines for all its residents;

c. 2008: ‘asks  industrialised  countries  to  refrain  from    including  in  bilateral  agreements  any provision that restricts access to medicines;