Implementation of UNGP : National Action Plan (RAN) and Human Rights Must Be Started From Reviewing All FTA 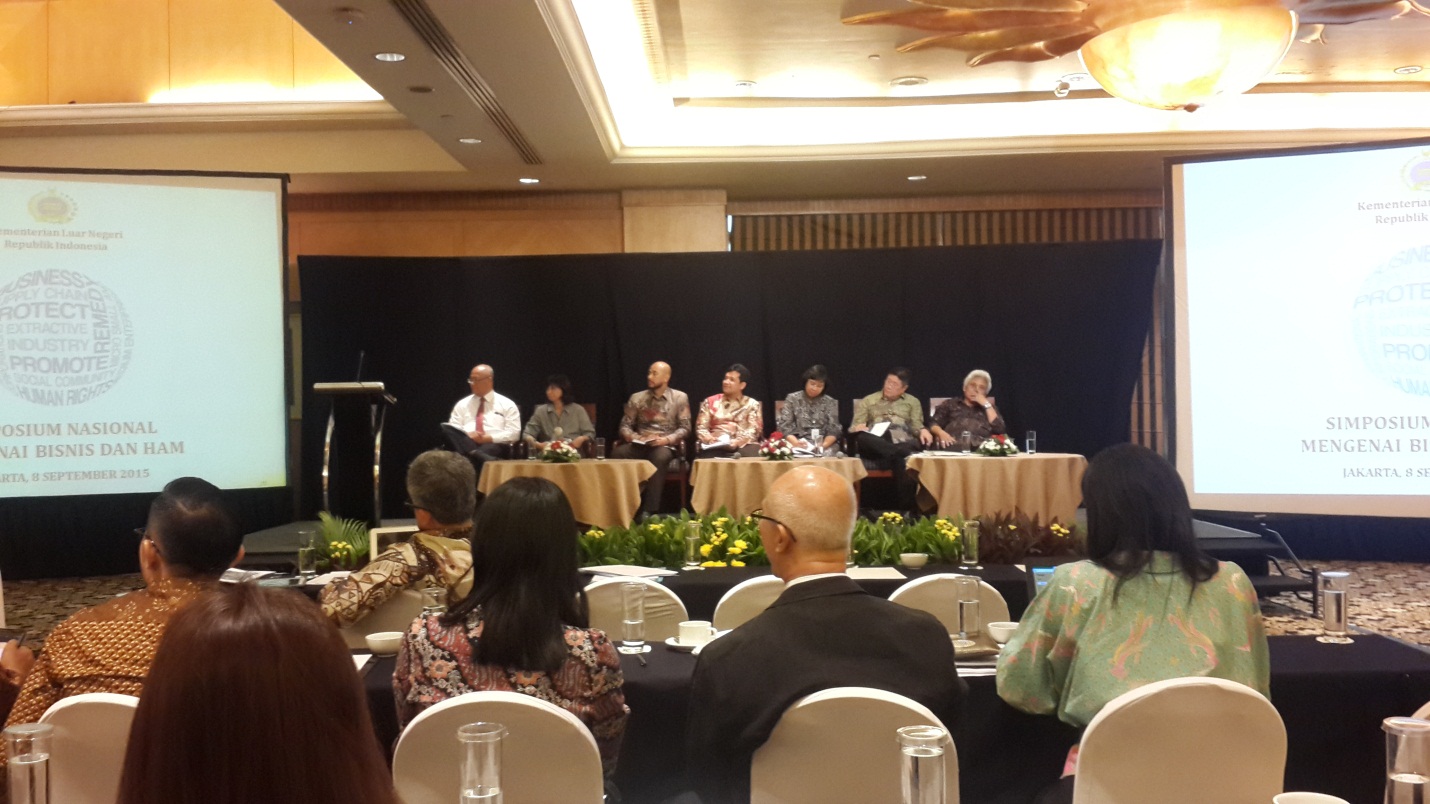 Jakarta, September 16, 2015. Indonesia for Global Justice (IGJ) had the opportunity to actively involved at the National Symposium of National Action Plan on The Business and human rights in Indonesia, which was organized by the Ministry of Foreign Affairs in September 8th, 2015 in Jakarta. This symposium was aimed to seek inputs from wide range of people who have an interest in the framework of plan, such as ministers, the representation from business sector and civil society. This National Action Plan Business and human rights (RAN-HAM) was a formation of legal framework national as one of the implementation of The UN Guiding Principles on Business and Human Rights or abbreviated UNGP.

Referring to mandate given to The UN Working Group on Business and Human Rights, there are several measures that should be done by a country in drawing up plans National Action Plan (RAN): First, pushing the policy-makers to prepare a due diligence human rights for the corporation. Second,adopting the Covenant human rights obligations on the Bilateral Investment Treaties (BITs)and the other International trade and investment treaties. Third,establish an early communication to understand the grounding on what was Indonesia’s hope for the corporations.

Fourth, make all of the stake-holders confirmed and monitor RAN that had been arranged, including the relevant government agencies, workers input, NGOs and affected community. Fifth,determine the time and the achievement of RAN. Sixth, give attention to the conflict areas and vulnerable groups, including women, children, disabled groups, and indigenous people. Seventh, strengthen the restoration of human rights violations mechanism that is related to companies activities. And lastly, to ensure that related institution act in accordance with its obligations. So the goverment that safeguarding human rights have committed in carrying out UNGP.

In order to provide input to the arrangement RAN-HAM, IGJstatedthat the key of the UNGP implementation lies in making regulation through the role of the state and regulation as well as providing protection and enforcement of human rights in Indonesia. However, this important role of the State are in danger by signing agreement on international trade and investment (FTA) that binds Indonesia’s commitment to harmonizing all national legislation with the content of the agreement.

Essential to the role of the state to protect and uphold human rights from the snare of International trade and investment agreement has been in line with the nineth UNGP principle that says:“States should maintained adequate nutrition domestic policy space to meet their human rights obligations presiding over screening entitled pursuing business-related policy objectives with other states or business enterprises, for instance through investment ely or contracts.”

Therefore, IGJ argue that’s not enough in the preparation RAN-HAM simply insert a clause relating to human rights values. On the agenda enforcement of human rights in Indonesia, especially about implementation of UNGP on Business and Human Rights. The government should start from the reviewing all of the International trade and investment agreement, and revisize market opening commitments that harm Indonesia all this time, both in the form tariff and non-tariff.

The Government step to review BIT’s should be appreciate and have to be followed by reviewing other trade and investment agreement like the Free Trade Agreements (FTAs). This point was emphasized by Indonesian Investment Coordinating Body (BKPM), that commitment of the government related to human rights enforcement, especially implementation of UNGP, was reflected in the Indonesia newest draft templates of BIT, per July 2015, where it has entered clause about the standard of human rightsand the environment and labor that must be kept by investors.

Or, the Secretariat of IGJ: igj@igj.or.id