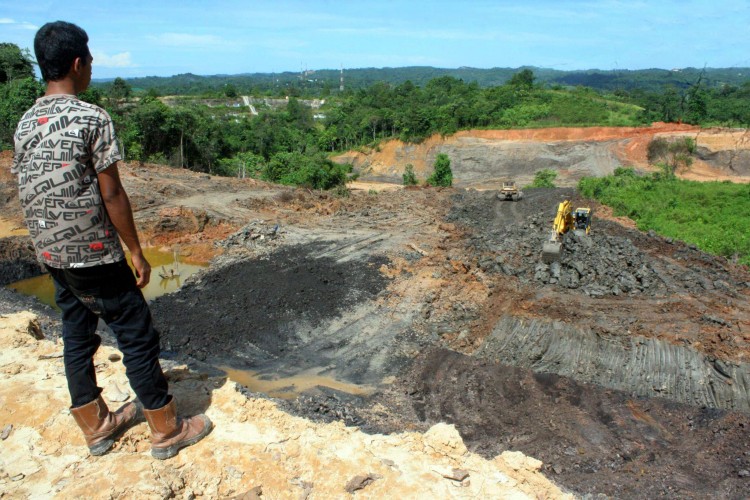 The case of Newmont Mining vs Indonesia is a powerful example of how investment agreements, particularly Bilateral Investment Treaties (BITs), are used by companies to get exemptions from government regulations and legislation, undermining democracy and development. It also illustrates the long-term dangers of governments signing investment agreements, which continue to be enforced even when subsequent governments try to re-establish sovereign control over investment in their countries.

In July 2014, Newmont Mining Corporation brought a case against Indonesia using the Indonesia-Netherlands BIT at the International Centre for the Settlement of Investment Disputes (ICSID). [1] In making the legal claim, the mining giant argued that the Indonesian Government’s plans to implement a ban on unprocessed mineral exports would violate the investment agreement between Indonesia and the Netherlands. The case at ICSID was presented four months after Indonesia announced it would not renew its Bilateral Investment Treaty (BIT) with the Netherlands when it expires in July 2015. After one month, Newmont withdrew its case against Indonesia but only after it had reached an agreement with the Indonesian government, giving the mining company special exemptions from the new mining law.

Newmont is one of the world’s biggest mining companies, producing mainly gold. Headquartered in the United States, Newmont is active in Australia, Peru, Indonesia, Ghana, New Zealand and Mexico. Its entity in Indonesia is Newmont Nusa Tenggara; its majority shareholder is based in the Netherlands under the name Nusa Tengara Partnership BV. Newmont sued the Indonesian government together with the Dutch entity, under the Dutch BIT with Indonesia. PT Newmont Nusa Tenggara is a joint venture company that is owned by Nusa Tenggara Partnership B.V, PT Multi Daerah Bersaing (PTMDB), PT Pukuafu Indah and PT Indonesia Masbaga Investama.

In 2009 the Government of Indonesia issued Law No. 4/2009 on Mineral and Coal, which required mining companies to downstream production, in other words refine and process minerals (for example by establishing a smelter) in the country prior to export. Article 170 of the Mining Law stipulates that downstreaming must be done no later than 5 years after the Mining Law is enacted, which would mean in 2014. The law allows exports of semi-finished mineral products, such as copper concentrate, until 2017, but only with a progressive export tax ranging from 20% to 60 %. This progressive tax rate was intended to force miners to develop mineral processing facilities in Indonesia and forms part of a broader strategy by Indonesian governments to get a larger share of its mineral resources.

The new mining law (Article 112) also aims to limit foreign ownership of mining companies: it obliges foreign-owned mining industries to progressively divest to become a shareholder minority within 10 years. In other words: companies have to sell of parts of their shares to the Indonesian government, municipalities or local industries – up to 51% within ten years.

Indonesia’s new mining law should be seen in the context of a broader trend in countries in the Global South, wanting to be less dependent on the export of raw materials, or seeking to control a larger part of its resources to benefit local and national development. Since 1998, Indonesia has witnessed the rapid growth of a sovereignty movement: a lot of young politicized people who felt very strongly about Indonesian economic independence, especially related to the extractive industries. The Yudhoyono government issued the mining law No. 4/2009, in January 2009 and was re-elected 3 months later.

The goal of this policy was to boost domestic employment and the local economy and help Indonesia be less dependent on the export of raw materials. But companies active in extractive industry strongly opposed the new policy. According to Newmont, the new law had led them to halt work at the Batu Hijau copper and gold mine on the island of Sumbawa (West Nusa Tanggara Province), leading to ’hardship’ and ’economic loss’. [2] Newmont subsequently closed the mine, sending home 3,200 workers.

After intensive lobbying and pressure from large mining companies, the Indonesian government agreed to amend the regulations for Freeport and Newmont and postpone obligations to build mineral refinery plants in Indonesia. [3]

The Indonesian government also came to an agreement with Freeport on other issues: they agreed on only selling 30% of the shares to the government and paying an export tax of 7.5% instead of 25%, which will be zero once a smelter is completed. [4] [5] Freeport said it would pay a “significantly reduced” export duty until 2016, but higher royalties on copper and gold sales. In Freeport’s Chief Executive Richard Adkerson words: “It is a compromise to create a bridge for us so that we can return to normal operations. [6] [7] [8]

Unlike Freeport, however, Newmont adamantly refused to accept the conditions set by the Indonesian government and sued them at ICSID.

Why Indonesia cancelled its BIT with the Netherlands

In March 2014, the Indonesian government announced that it will not renew its Bilateral Investment Treaty with the Netherlands when it expires in July 2015. The country is facing a rising number of investment cases, with transnational companies claiming hundreds of millions of dollars – even up to a billion in one case- in damages. These cases are part of a worldwide trend of an increase of investor-state disputes, from 38 cases in 1996 to 514 known cases (registered at ICSID) in 2012. At least one in three cases at ICSID is related to oil, mining or gas. [9]

Most BITs give foreign investors far-reaching protection through the so-called Investor-State Dispute Settlement mechanism (ISDS). This allows companies to sue governments over actions and policies that impact on their business – i.e might damage their future profits. The Netherlands is one of the world’s leaders in investment protection, with 96 bilateral investment treaties signed at the time of writing [10], which makes the country second in the world as the source of the claims by investors against states. The Netherlands-Indonesia BIT was signed in 1968 and renewed in 1995.

The Dutch BITs are known to be particularly expansive in the rights and protection given to foreign investors. In combination with a business-friendly fiscal environment, this has led to the phenomenon of ‘treaty-shopping’ where companies establish themselves in the Netherlands solely in order to qualify for the extensive protections offered by Dutch BITs which they use to sue states, including on occasion their own home states. Nusa Tenggara Partnership BV has its office in Amsterdam, has zero employees and more than a billion euros in assets. This usually indicates that the company is a so-called “mailbox company”, existing in the Netherlands only in name in order to take advantage of its tax climate and investment agreements. [11]

Indonesia’s newly elected president Joko Widodo promised in his election campaign, as the first president without a political or military elite background, to give back Indonesia’s wealth and natural resources to the Indonesian people. Although it was the former president Susilo Bambang Yudhoyono who issued the new mining law, Widodo plans to continue the export ban and seeks to boost export of processed minerals instead of the raw materials. According to former Energy and Mineral Resources Ministry spokesman, Mr Saleh Abdurrahman: “Big mining companies have been operating in Indonesia since 1967, and we are basically exporting our country.” [12] According to his party’s policy document, Joko Widodo also plans to give more incentive to local miners, limit the expansion of plantations, and reduce food imports (aiming to become self-sufficient in rice and corn).*

The Indonesian government has announced that it will cancel more than 60 other investment treaties that contain an ISDS clause. However, a cancellation of the BIT with the Netherlands doesn’t safeguard the Indonesian government from future treaty-based investment claims coming from the Netherlands. The BIT contains a so-called survival clause: investments originating from before the treaty’s official termination date of 1 July 2015 will continue to have full treaty protection for another 15 years.

Indonesia also faces a lawsuit from British owned Churchill Mining for one billion dollars over the revocation of coal mining permits on the island of Borneo. Churchill Mining had been active on the island of Borneo until 2010, when its permit was withdrawn by the local government. Indonesia claimed Churchill’s investments were not covered by the Indonesia-UK BIT, but the arbitration court ruled otherwise. [13]

Shortly after this news, the government announced the cancellation of the Dutch BIT. Indonesia’s president at the time Yudhoyono told his minister to ‘prepare for the worst’ after Churchill filed its case: “I do not want those multinational companies to do anything they desire with their international back-up and put pressure on developing countries such as Indonesia.” Gatta Rasaja, Indonesia’s minister for Economic Affairs, stated that the Churchill case was a salutary lesson for Indonesia. [14]

The government had been forced previously to weaken its environmental policy in the face of several lawsuit threats. For example, in 2002 it had to stop its new policy to ban mining in protected forests after a group of mining companies threatened to sue Indonesia for billions of dollars: “If shut down, investors demand and Indonesia cannot pay,” said Environment State Minister Nabiel Makarim. [15]

In the end, Newmont withdrew its case from ICSID, but not before the government gave the mining company special exemption from national policies. The negotiation process has been far from transparent and the deal could not be monitored by local civil society organisations. The eventual agreement, though, clearly undermined the implementation of the new mining law, which was put in place in the interest of Indonesia’s citizens. Newmont is now, just like Freeport, only required to pay a 7.5% export duty. After Newmont withdrew its case from ICSID, a Memorandum of Understanding (MoU) was signed with the Indonesian government, very similar to the one with Freeport, allowing the company to resume exporting under the condition that it would build a processing plant to strengthen the country’s mineral industry. At the moment of writing, this still has not happened. [16] [17]

It has long been argued that the impact of Bilateral Investment Treaties is not just shown in the cases brought to tribunals that rule against states’ rights to regulate and protect citizens, but also in the many cases that do not make it to ICSID because states backtrack on regulation for fear of lawsuits. This is called the ‘chilling’ effect or regulatory chill of investment arbitration. However it is very difficult to show how the chilling effect works, because governments that backtrack in face of threats often do so without public knowledge and because agreements with corporations are made between closed doors. The case of Newmont against Indonesia however, shows the consequences that arise from a mere threat of a billion dollar claim in response to a (proposed) new policy.

Indonesia’s decision to cancel its BIT with the Netherlands is a move in the right direction, but the government also has its hands tied in its attempts to roll back unjust investment protection agreements. The survival clause makes it possible for companies to sue governments for up to ten to twenty years after the BIT runs out. The Netherlands has so far never been at the receiving end of such a claim, but with the EU-US TTIP negotiations underway and a growing consensus on the dangers posed by ISDS clauses in trade agreements, Indonesia’s experience is a salutary lesson for any government considering signing investment agreements. It is time for countries in both the Global South and North to rethink their policies on trade and investment.

* As a first step when sworn in in October 2014, Widodo announced the government will cut subsidies for fuel by USD $20 Billion, which will increase prices by 50%. These subsidies mostly benefit the wealthier Indonesians and industries (such as mining) relying on vehicular transport. The new government is planning to use subsidies not for automobiles but to improve better infrastructure, education and healthcare. He also plans to put in place a national programme for free health care and financial support for basic education. This programme that was popular during his time as governor of Jakarta. [18]

With contributions from Nick Buxton, Pietje Vervest and Joseph Purugganan

Big Corporations, the Bali Package and Beyond 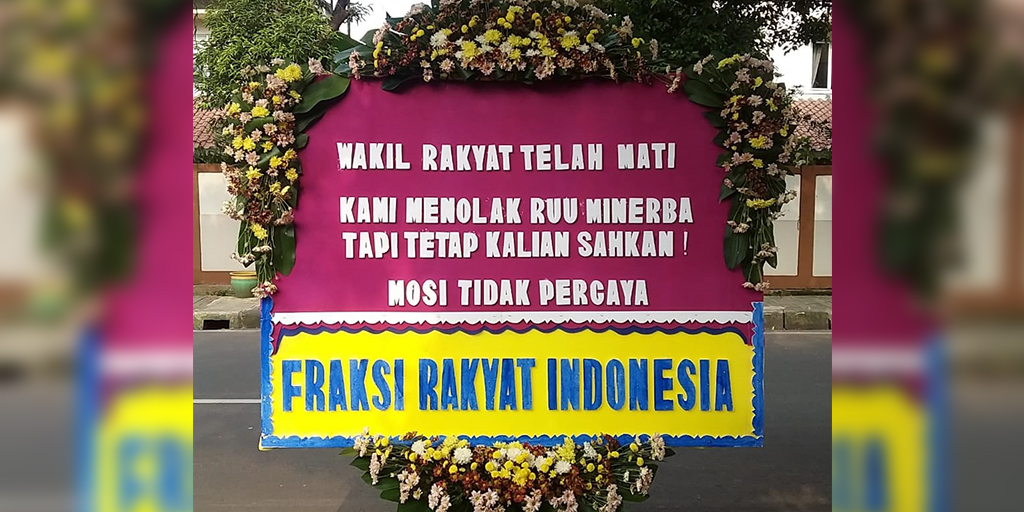 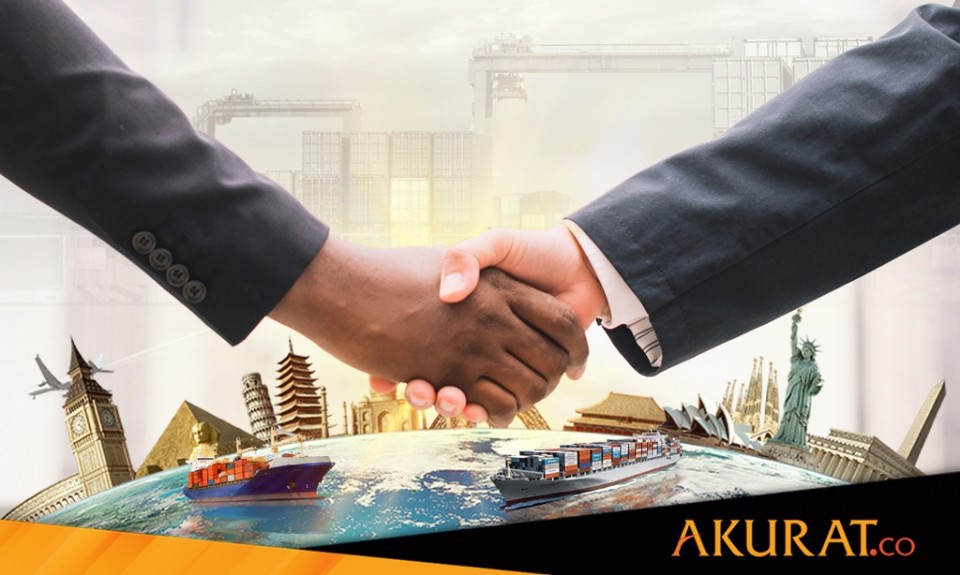 Big Corporations, the Bali Package and Beyond