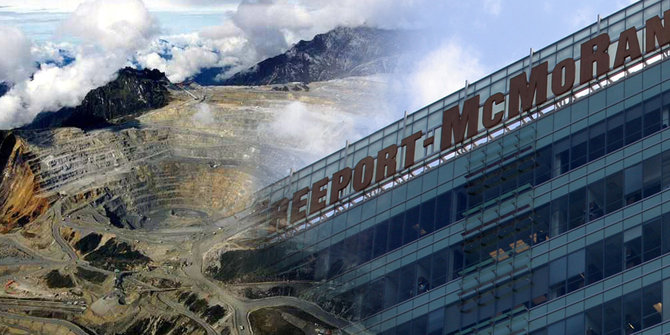 The Indonesian government should not sign an agreement on investment stability being demanded by PT Freeport, Budi Afandi, an IGJ coordinator, noted here, Monday.

He urged the government to stop giving privileges to PT Freeport while implementing regulations on mineral and renewable energy.

If the investment stability agreement were to be signed, it would only weaken the countrys position.

Meanwhile, PT Freeport Indonesia has submitted documents, calling on the government to issue a regulation on investment stability.

“Freeport has submitted documents for us to be studied. First, on the IUPK (special mining license); second, on investment stability; and the third document is on a government regulation,” Teguh Pamudji, secretary general of the ministry of energy and mineral resources, said last May.

Pamudji, who is also chief of the governments negotiation team, said the three concepts from Freeport would be studied further.

The company has also agreed to build a smelter by 2022.

“We did not discuss on when they would start the construction, but it will be completed in 2022. Whether they could export concentrate during the construction of the smelter, we are still discussing the issue. Next week, we will start (the discussion) again,” Pamudji remarked.

He admitted that the Fiscal Policy Body of the Finance Ministry had prepared the regulation.

“It would be applicable, in general, to anticipate the change of the Contract of Work (KK) into a special mining permit (IUPK). We made it (the regulation) for all, not only for Freeport, to protect them all,” he stated.

Earlier, Coordinating Minister for Maritime Affairs Luhut Binsar Panjaitan had remarked that the negotiation between the Indonesian government and PT Freeport Indonesia has run as scheduled.

“Last night, Jonan (energy and mineral resources minister) has reported (the negotiation process). Until now, no extraordinary issues have appeared during the negotiation,” Panjaitan noted.(*)