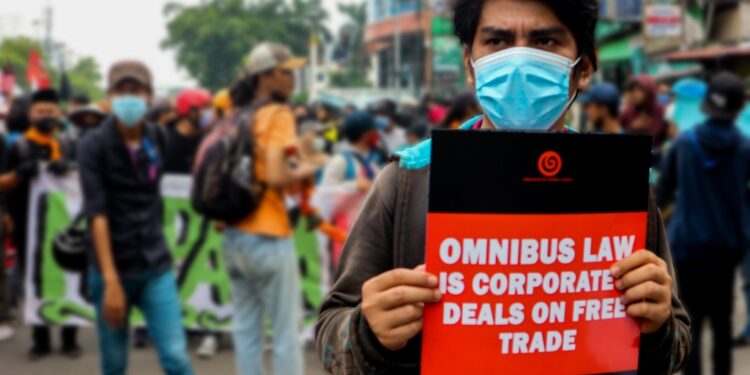 Protests against the Omnibus Law. Doc.IGJ/Jrwo

Civil society networks like Asia Europe Peoples Forum; The Transnational Institute; 11.11.11 (Asia); Focus on the Global South; Monitoring Sustainability of Globalization (MSN) and Member of Malaysian Parliament-Charles Santiago, along with hundreds of organizations and individuals issued a statement of solidarity, that condemned “all forms of silencing the people’s voices, especially when security forces are used to curb people’s protest and peaceful protests broken up by armed police. This is unacceptable in world that upholds the values of true justice.”

It was recorded that approximately 5,918 people in the action were arrested by the police without clear reasons, then arrested with violence and not based on criminal procedural law in force in Indonesia.

The secretive behaviour of the Indonesian policy makers is a departure from accountability and an aberration from the democratic principles that Indonesia had promised their people. The lack of transparency of the final text has resulted in a lot of disinformation regarding the contents of the law which in the end raises legal uncertainty.

The Statement also said: “The current COVID-19 pandemic cannot be used as the cover to trick people and to make decisions that have a tremendous impact on the survival of the Indonesian people”.

International civil society organizations and activists support the democratic struggle and stand up for the demands of the Indonesian people to claim environmental sustainability and a maximum protection to advance labour and human rights.

They are also concerned about the current global economic policy which is a carte blanche acceptance of a model that is based on destructive, extractive policies with disregard for the delicate ecology, exploitative, and monopolistic strategies that emphasise on profits as opposed  to equity, without any protection for human rights.

The Full Statement is available on the AEPF website: https://aepf.info/solidarity-with-indonesia- against-anti-people-omnibus-law 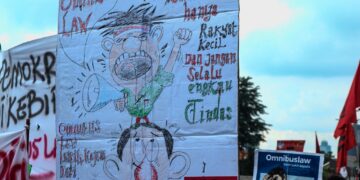 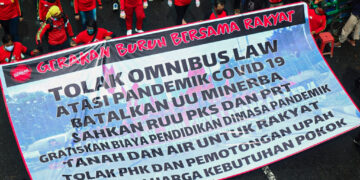