COVID-19 has worsened the situation in Indonesia. The country is one of the hardest-hit countries in Southeast Asia with 142,026 deaths. Access to essential medical products needed to contain the spread of infection is difficult due to monopolies and high prices. Vaccinating 70% of Indonesia’s population is estimated to cost 22% of Indonesia’s current health spending. This does not take into account the additional boosters and vaccinations needed in the coming years.

We request your response by on Thursday, October 28th
Please use this link to sign on to the letter:  https://bit.ly/signon-OpenLettertoEUCommission

These and other proposals of the EU are TRIPS-plus (i.e. beyond TRIPS requirements of TRIPS) with disastrous consequences for access to medicines in Indonesia. For example in Jordan, data exclusivity (DE) delayed the introduction of cheaper generic alternatives of 79% of medicines between 2002 and 2006, threatening the financial sustainability of government public health programs. Medicine prices in Jordan are also 800% higher than in Egypt due to introduction of DE. In Colombia, as a result of DE, the costs to the public health system increased by US$396 million between 2003 and 2011.  In Guatemala, a study found that as a result of DE medicines that were readily available in most countries at affordable prices were simply not available in Guatemala. Patent term extension has been calculated by the Korean National Health Insurance Corporation to cost US$757 million for a 4 year extension.

Indonesia suffers from multiple communicable and non-communicable disease (NCD) burdens. It has been struggling with the effects of the WTO-TRIPS Agreement for the monopoly conferred by the Agreement has made medicines unaffordable. For example, Hepatitis C affects about 3 million people in Indonesia and yet to date, due to the high prices of medicines has meant that treatment has been limited. Similarly cancer causes 19% of NCD deaths in Indonesia. In 2018 there were 350,000 cancer cases with 207,000 cancer deaths. Access to cancer treatment is limited due to the exorbitant costs, for instance 12 months of treatment of trastuzumab costs US$20000.

COVID-19 has aggravated the situation in Indonesia.  It is one of the worst hit countries in South East Asia with 142,026 deaths. Access to critical medical products needed to contain the spread the infection has been difficult due to monopolies and high prices. Vaccinating 70% of Indonesia’s population is expected to cost 22% of Indonesia’s current health expenditure. This is not taking into account boosters and additional vaccinations needed in the coming years.

Against this background, the EU’s proposals will only further worsen the socio-economic consequences facing Indonesia, exacerbated by COVID-19.

Human rights experts have denounced TRIPS-plus provisions for their impact on access to medicines. The United Nations Special Rapporteur on the Right to Health has recommended that “Developed countries should not encourage developing countries to enter into TRIPS-plus FTAs and should be mindful of actions which may infringe upon the right to health.

The European Parliament (EP) has also repeatedly urged the Commission to reject  IP proposals that adversely impact access to medicines in trade negotiations:

Therefore, we strongly urge the EU to ensure that the CEPA does not include any provisions that may in any way hinder access to affordable medicines in Indonesia including any TRIPS-plus provisions as mentioned in this letter. 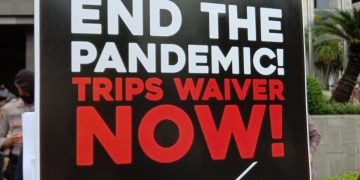 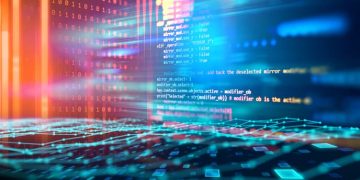