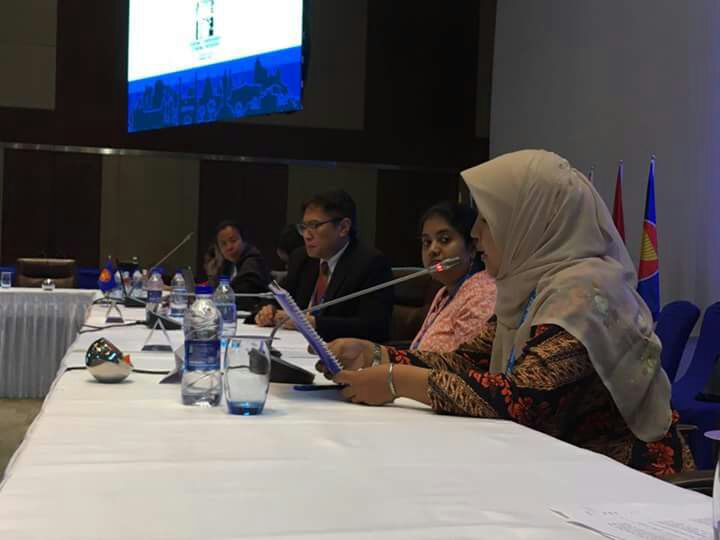 Thank you Mr. Chair person, and all Trade Negotiating Committee for your time.

My name is Megawati, I’m from Indonesia and working with Indonesia for Global Justice, an organization who have concerns on free trade agreements and investment treaty.

We aware that RCEP is now negotiating on Investment chapter that will give maximum protection for investor, by including Investor-State Dispute Settlement (ISDS).

Referred to the World Investment Report UNCTAD 2017, there were 109 ISDS cases, and per August 2017 there were 767 cases around the world in which the foreign investor sued the State. From total cases of ISDS in the International Arbitration, 60% cases won by the investors.

Meanwhile, the governments should paid their loss and could reach US$ 545 million excluding legal fee. For instance, Indonesia experienced 8 times being sued by foreign investor in international arbitration forum.

ISDS mechanism should be rejected and excluded from Investment chapter draft on RCEP. UN Human Rights Expert stated that ISDS undermines Rule of law and democracy.

Moreover, Alfred Maurice De Zayas, UN Expert said that “Existing ISDS should be phased out and no new investment treaty should contain any provision for privatized or semi-privatized dispute settlement.

ISDS mechanism affected to the protection and fulfillment of Human Rights due to the loss of policy space. It also certainly eliminates the State obligation to the fulfillment and protection of human rights. The loss of policy space that caused by the implementation of ISDS is in contradict to the Article 28 of Universal Declaration of Human Rights, Article 2 International Covenant on Civil and Political Rights  (ICCPR), and Article 2 International Covenant on Economic, Social, and Cultural Rights (ECOSOC Rights).

We believe the mechanism of ISDS is an unfair rule for the people. The proposal of “consent letter” should not also be an option to put the ISDS Mechanism in RCEP. It is just a pseudo-mechanism that could give another option for investor to sue the State.

Indonesia has been reviewed and created a new template of international investment treaty model where the domestic court could be a choice for investment dispute settlement.

Therefore, we urge the Trade Negotiating Committee RCEP to take out the ISDS mechanism from RCEP.

THE DIGITAL ISSUES IN INDONESIA AND ITS CHALLENGES IN FTA NEGOTIATIONS

THE DIGITAL ISSUES IN INDONESIA AND ITS CHALLENGES IN FTA NEGOTIATIONS