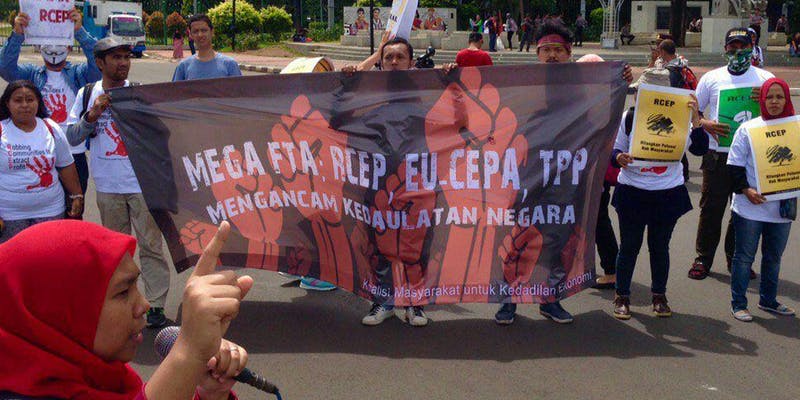 International trade deals have long posed a grave threat to people’s livelihoods both here and in the global south.

Now with Brexit looming, the UK government seeks to embark upon what has been called its ‘Empire 2.0’ strategy on trade. This means the UK striking unfair deals designed to endow corporations with even more power, especially over poorer countries. These deals are likely to include the infamous ISDS ‘corporate courts’ system that allows multinationals to sue governments for millions if they dare to introduce policies which could affect corporate profits.

These corporate courts are one of the reasons that a trade deal with the US would be a disaster for the NHS, the environment and workers’ rights here in the UK too.

For information and Register >>>