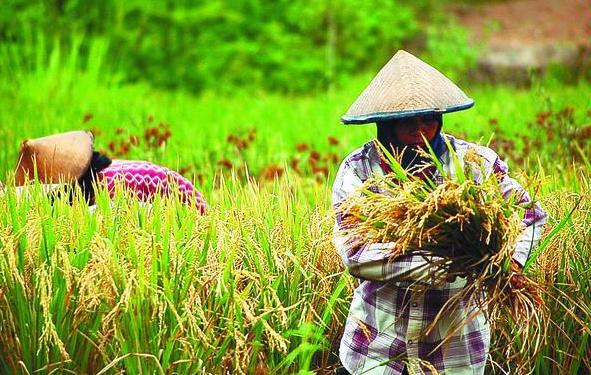 Minister of Trade of the Republic of Indonesia

We, undersigned below as the people of Indonesia, views that the negotiations in the 10th Ministerial Conference (MC) of the World Trade Organization (WTO) that is to be held on 15-18 December 2015 in Nairobi, Kenya, will be the benchmark of the seriousness of JokoWidodo’s Government’s performance in realizing food sovereignty in Indonesia as has been set out in ‘Nawacita’ Agendas.

That, MC-10 will negotiate WTO three Post-Bali Work Program to draw up implementation measures of the Bali Package achieved during the MC-9 WTO in Bali last 2013. There were 3 agendas to be negotiated, namely First, permanent solution to the Proposal of Public stockholding; second, the adoption of the Agreement to the WTO Trade Facilitation Agreement Marrakech Annex 1; and third, Post-Bali Work Programme will draw up a priority basis to generate other Ministerial Bali Agreements (the LDCs package and development issues) legally binding.

We remind you that the agreement reached in Bali Package MC 9 WTO was the worst deal ever taken by Indonesia. This was because the Government had ‘mortgaged’ the welfare of small farmers to the interests of industrialized countries led by the United States and the European Union with the Government agreement on the Singapore issues, namely the Trade Facilitation Agreement.

For that, we ask that the Indonesian government to not repeat the same mistakes in MC-10 WTO this year.

That struggle in agricultural issues, especially the Proposal Public Food Reserves, in WTO would open up a great opportunity for Indonesia to improve the welfare of the people in rural areas, and promote the agricultural sector of Indonesia, especially in the amid of an economic crisis situation.

Up until today, the Indonesian agricultural sector is still the potential sectors for the economy of Indonesia, which is the second highest contributor to GDP after the crisis of 2008, the value of which on average reaches 13% throughout 2011-2014. Unfortunately, this potential was not as good as we imagined. Because in fact, the biggest contributor to poverty caused by the agricultural sector was due to the lack of support for farmers in the face of price fluctuation, a flood of imported food, and the uncertainty of nature. Center of Statistical Bureau also strengthensthat claim by showing the decline in employment in this sector, i.e. from 36.39% in 2011 to only 33.2% in 2014.

Accomplished a Permanent Solution forProposal Public Food reserves in the WTO will open up fiscal space large enough for the Indonesian government to increase subsidies for food and agriculture in order to achieve welfare of the people, especially small farmers.

Surely this struggle will not be an easy one, Minister. This is because, again, the industrialized countries led by the United States and the European Union will hinderanyeffort from thedeveloping countries to win their agricultural interests.

Indonesian agriculture is a commitment set in stone that can not be traded or exchanged with any interest. So do not ever do a tradeoffbetween agriculture proposals with trade facilitation agreement.

Indonesia is the coordinatorof the Group of 33 that pushed Proposal Public Food Reserves, known as G33 proposal. Until now, Indonesia’s role in the fight for the G33 Proposal receives a ‘thumbs up’ by many developing countries, and has made Indonesia as a country to be considered in the WTO.

Therefore, in order to maintain solidarity of the G33 and the good public image of Indonesia that has been recognizedin international eyes, Mr.Minister must be very cautious in taking positions and decisions in the MC 10 WTO later in Nairobi, Kenya. Thereplacement of the negotiating team in the final seconds before the MC-10 WTO will change Indonesia’s bargaining position in the negotiation process.