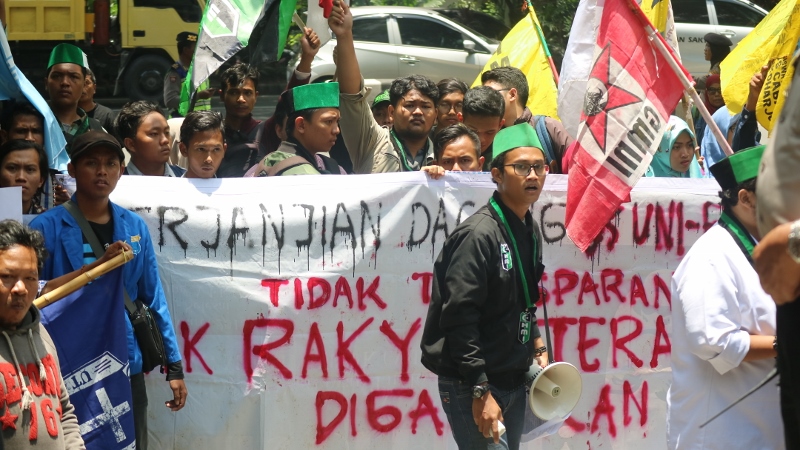 July 20, 2018. The Regional Comprehensive Economic Partnership (RCEP) is being negotiated in Bangkok, Thailand this week. The mega regional trade deal involving sixteen nations from Asia-Pacific will impact the lives of over three billion people, yet a new study reveals how the deal fails international standards of transparency and public engagement.

Sam Cossar from Friends of the Earth International said, “RCEP is a secret trade deal that fails to live up to internationally recognized standards. Secrecy breeds corruption and bad decisions. People have a right to know what is being negotiated in their name.”

“In India, the process of negotiating RCEP has been characterised by not just lack of parliamentary scrutiny but also the complete non involvement of regional governments who will bear the brunt of cheaper agricultural and manufacturing imports. Elected representatives such as the Chief Minister of the southern Indian state of Kerala are arguing that this is a violation of the principle of federalism that is enshrined in the Indian constitution”, said Benny Kuruvilla from The Transnational Institute

“Trade unions across Asia Pacific are opposed to the RCEP because it is anti-democratic, anti-worker and anti-people. It is a threat to quality public services essential to advancing rights for all people. Governments have made commitments to tri-partism; to involve workers and employers in setting policies that impact on labour rights. Instead, governments appear to be taking instructions from the largest foreign multinational companies and protecting their interests, asserted Kate Lappin from Public Services International (PSI)

“The resounding call of people’s movements is for governments to reject RCEP. Yet governments continue to ignore this call by undermining people’s efforts to secure access to the negotiating texts and restricting spaces for people’s participation in the negotiating process. The democratic deficit in RCEP is made worse by the privilege access given to corporations” added Joseph Purugganan of Focus on the Global South.

Director of Indonesia for Global Justice, Rachmi Hertanti, stated: “The space for democratic process in the RCEP negotiation should be opened. If this democratic space doesn’t exist then the RCEP must be rejected as violating human rights”.

References:
A full copy of the report is available here: