Negotiations Economic Partnership Should be finished in 2017

TANGERANG, KOMPAS — Indonesia hoped that the Regional Comprehensive Economic Partnership negotiations can be concluded in 2017. It is important that the negotiations not to be prolonged. In the midst of sluggish global trade, regional economic growth will become the foundation of many countries.

Trade Minister, Enggartiasto Lukita (center), accompanied by the Director of ASEAN Negotiations, Donna Gultom (right) and Chairman of the Negotiating on Regional Comprehensive Economic Partnership (RCEP) Iman Pambagyo, gave an opening speech of the 16th RCEP meeting, at ICE (Indonesia Convention Exhibition) in BSD Tangerang, Banten, on Tuesday (6 / 12). The meeting is attended by delegates from ASEAN members and six other countries.

Enggartiasto said the sluggish global economic responded with policies that vary by a number of countries. Some of them are implementing protectionism, both in developed and developing countries.

“We must realize that the RCEP consists of a very diverse group, especially in the economic field. Therefore, we must be careful not overly ambitious to bring the interests of their own or other mega regional that has been attempted in a different context,” Enggartiasto said.

Amid the uncertainty over the Trans-Pacific Partnership (TPP), RCEP is an important opportunity to promote trade in goods, services and investments. ASEAN’s concerned to reduce the trade gap between countries that follow RCEP negotiations. Meanwhile Indonesia wants to increase market penetration in nontraditional countries so that exports will continue growing.

“We hope that the negotiations can have a positive impact on growing regional and global economy, not a single country,” Enggartiasto said.

Meanwhile, the Indonesian Community Coalition for Economic Justice assesses RCEP negotiations is away from the people’s interests. One of them is on the negotiating arrangements with the investment protection by Investor-State Dispute Settlement (ISDS) mechanisms or a mechanism that allows foreign investors to sue the state.

Secretary General of the Confederation of Indonesian Workers’ Union (KPBI) Michael Damar said the arrangement would be detrimental to the investment protection of labors. ISDS lawsuit will trigger a low wage policy in Indonesia.

“ISDS would be beneficial for the foreign investors to pressure the state in order not to issue a wage policy that harm the investors,” Damar said.

In response, Iman stated, ISDS is still in preliminary discussions. Negotiators have not completed one principle in the proposal text, which is about the balance between investor rights and the right of states to regulate investment.

“Possibly we will modify the ISDS. Right to regulate investment will be reinforced so that the investor does not misuse the ISDS,” Iman said. 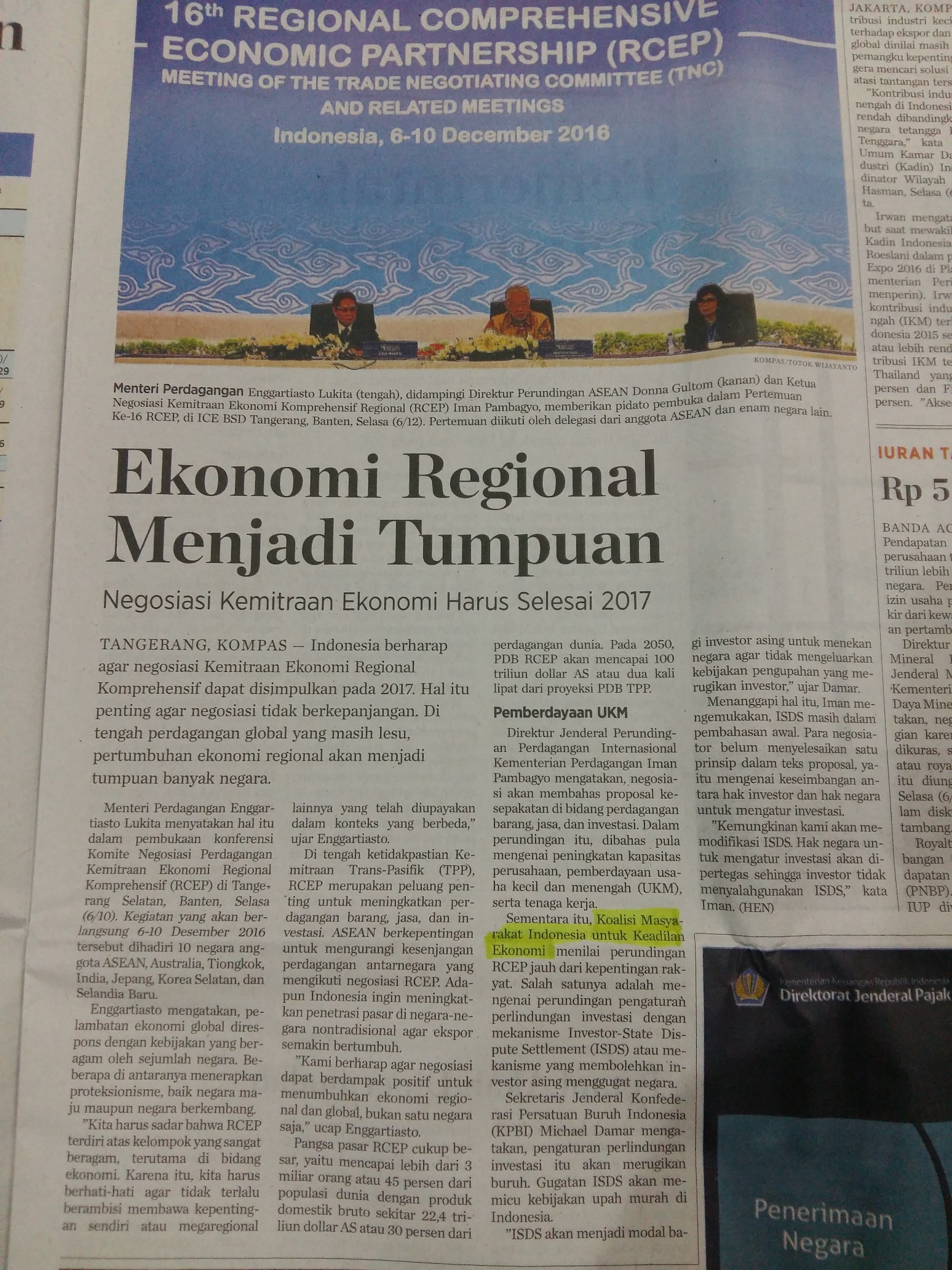