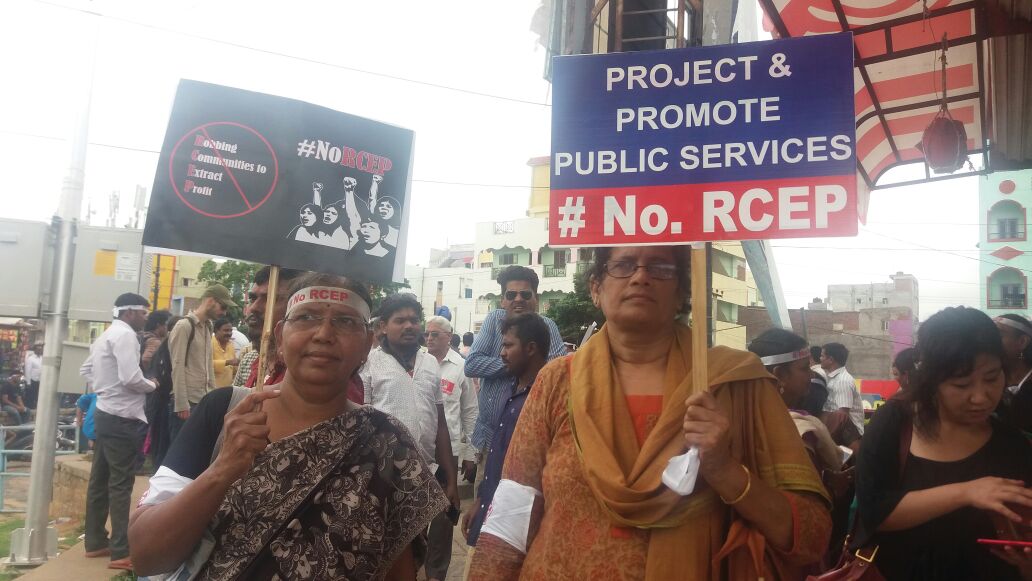 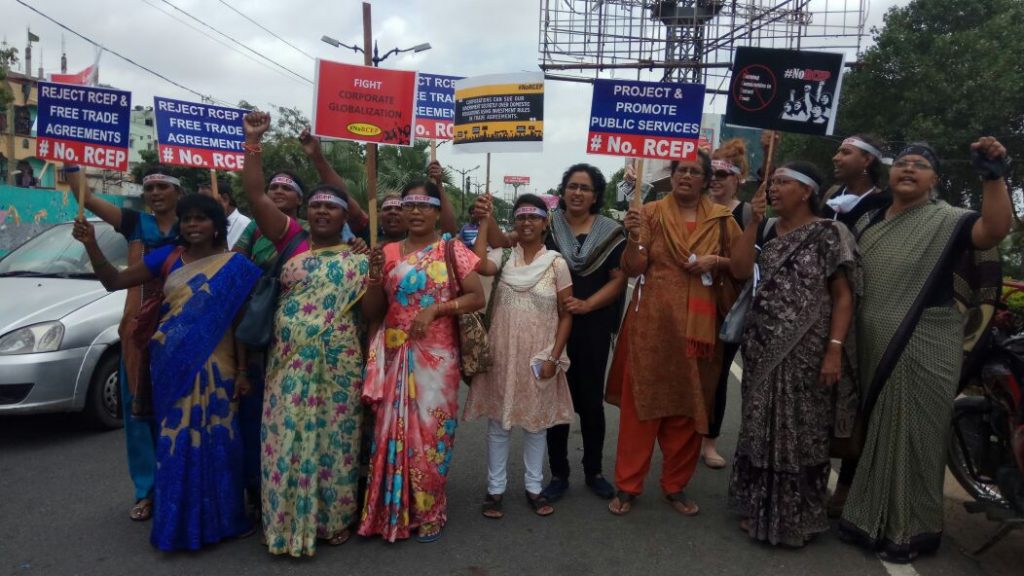 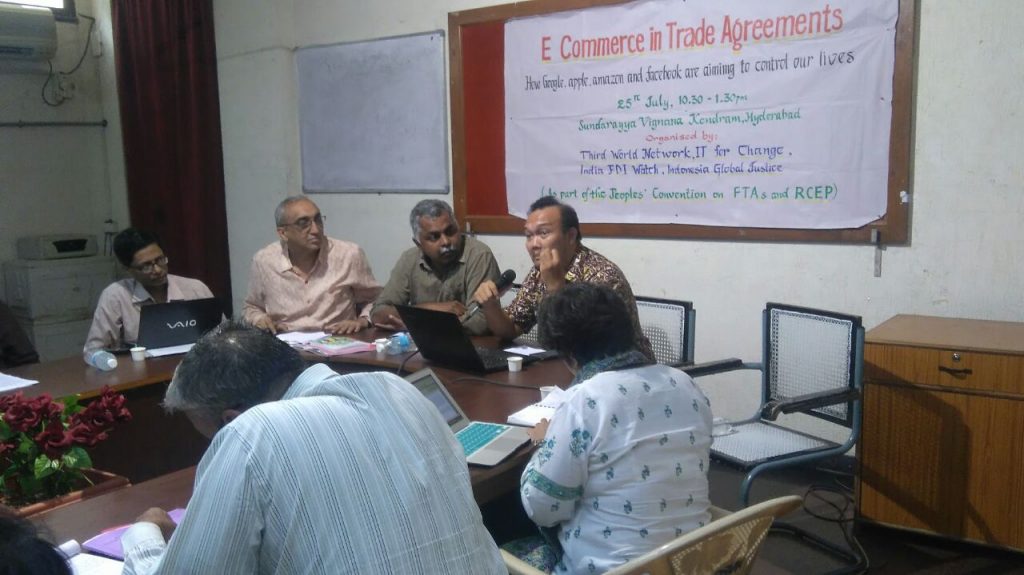 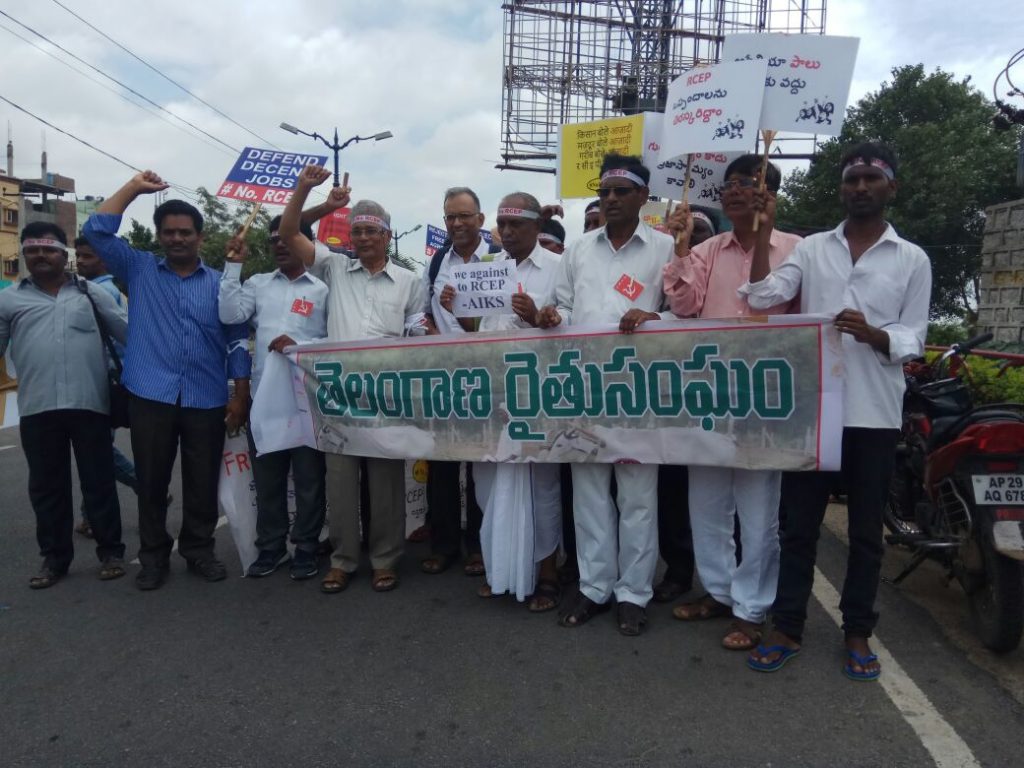 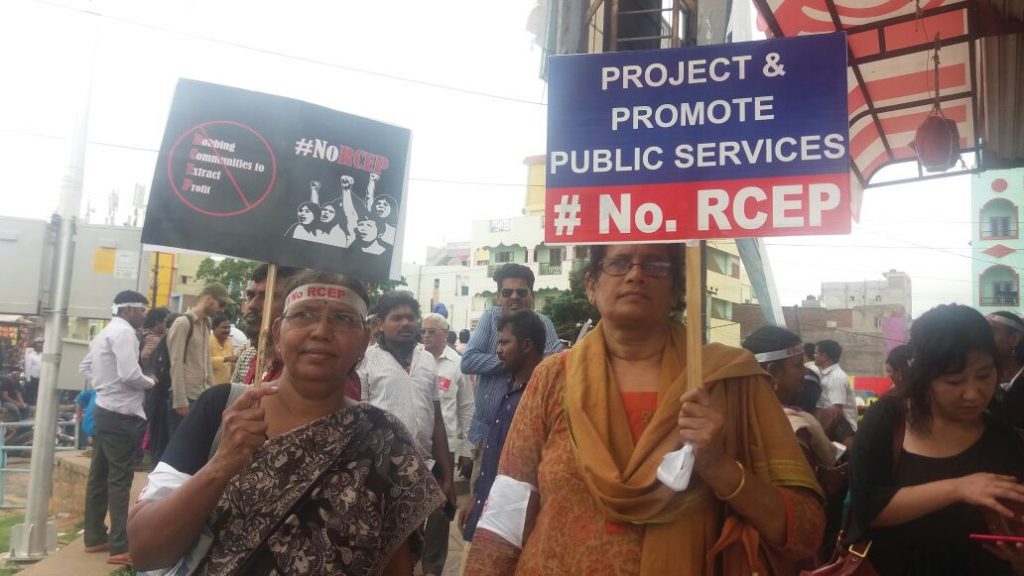 The People’s Resistance Forum against FTAs & RCEP calls the so-called “Stakeholder Consultation” on 25th July 2017 by the RCEP chief negotiators a sham – it is neither a meaningful consultation nor includesmost stakeholders. We declare that we do not recognize this as a consultation at all and we boycott the event. Some of us came to know a few days ago that this event is being held at the Novotel Convention Centre during the 19th Round talks of RCEP at Hyderabad, India. We are shocked that its organizers have not taken the basic minimum steps to do a meaningful consultation. There has been no official announcement, no attempt to invite the multitude of stakeholders and no dissemination of the chapters of the agreement and the negotiating text well in advance.

We also understand that a Business Consultation is being held separately for the whole day on July 25thwith the Confederation of Indian Industry and East Asian Business Council – on the same day when the so-called Stakeholder Consultation is being held for two hours. This further exposes it as mere eyewash. We infer that the industry and transnational corporations are the “super-stakeholders” whom the negotiators really want to include in the process.

We firmly believe that transparency is absolutely essential for accountability. In keeping the RCEP Rounds so closed to the general public and the texts ‘secret’, the process of negotiations itself suffers from a trust deficit. Not only should the texts be made public, but they need to be stripped of the legalese and technical language and made clear in a language that can be understood by the affected people – including translation to local languages. Furthermore, authentic assessments of the impacts on various communities need to be done by the respective governments and put up for public scrutiny. The minutes of any consultations with business and industry councils should also be made public.

The Declaration of the People’s Convention puts forward the position of the people’s organizations saying No to RCEP,in view of our experiences of free trade agreements and our analysis of the impacts of corporate globalization in the past two decades. The onus is on the RCEP negotiators to engage meaningfully in this debate or face wholesale opposition.

We declare to the Indian government which is also the host of this round that the government should not go ahead with these negotiations without discussion in the Parliament, with state governments, and meaningful, transparent, widespread consultations.The negotiation process so far is a mockery of democracy in a nation that prides itself as the world’s biggest democracy.

We also assert that every RCEP Participating Countryholds the moral responsibility to open up the ‘secret’ talks, and we stand in solidarity with people’s organizations in all RCEP nations. We understand and respect that some organizations from India and other nations are participating in the consultation in order to use the meagre spaces available to voice concerns of the people. Meanwhile, we would like the Chair of the Trade Negotiating Committee (TNC) to officially record our boycott of this Round.

The People’s Resistance Forum against FTAs and RCEP represents a wide range of people’s groups and mass movements from across India that stands for development justice. The members include (not exhaustive list):