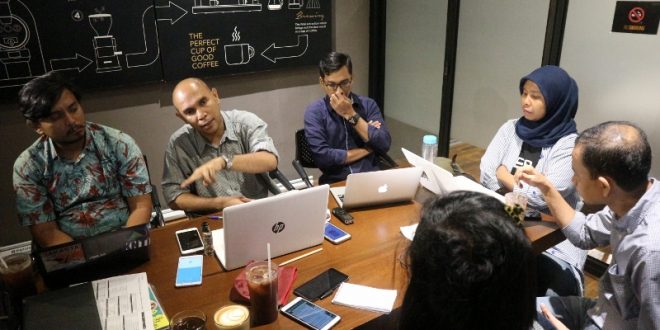 There are at least 4 reasons as the background of why the International Treaty Law was sued to the Constitutional Court, namely: First , international agreements (specifically trade, investment and debt) have a broad impact on people’s lives; Second , the loss of democracy; Third , the power of the Government is too large (absolute power); and fourth , to restore people’s sovereignty.

In fact, the seemingly confidential negotiation process with the closed participation and public access to information and the text draft of the agreement in the negotiations on free trade agreements and international investment has threatened democracy and the protection of human rights. Moreover, this free trade and international investment agreement was ratified without requiring the approval of the Republic of Indonesia Parliament so that the loss of function of the people’s control over the Governments’ power.

New Legal Norms in the Judge Verdict of the Constitutional Court

The core issue in this lawsuit is related to the distribution of international agreements that require the approval of the house of representative/DPR and which are not. These provisions are regulated in articles 10 and 11 of the UUPI. This is a gray area in the practice of policy making, which if not carefully decided will have a fatal consequences for the national interests.

Article 10 of the UUPI regulates the category of International Agreements that require the approval of the DPR RI, which is related to the problem: (1) political issues, peace, defense and state security; (2) changes in territory or territory determination of the Republic of Indonesia; (3) sovereignty or sovereign rights of the state; (4) human rights and the environment; (5) the establishment of new legal rules; (6) loans and / or foreign grants.

At the same time,  Article 11 of the UUPI regulates the category of international agreements that do not require the approval of the DPR RI, namely those relating to material that is tend to be procedural and requires implementation in a short time without affecting national legislation, including the main agreement concerning cooperation in the fields of science and technology, economics , engineering, trade , culture, commercial shipping, double tax evasion, and investment protection cooperation , as well as agreements that are tend to be more technical “;

In fact, there are also practices that are out of sync with the implementation of Article 10 and Article 11 of the UUPI, when the Government of Indonesia ratifies the Agreement of AIIB- Asian Infrastructure Investment Bank (debt) not with the approval of the DPR. This certainly causes the consequences of legal uncertainty for the people as stipulated in Article 28D paragraph (1).

Therefore, the approval of the DPR RI which is a representation of the people’s voice is very important to international agreements that have a broad impact on the lives of the people, including those that have an impact on state finances and cause changes and / or forming legislation.  Article 11 paragraph (2) of the 1945 Constitution of the Republic of Indonesia which states: “The President in making other international agreement which have a broad and fundamental consequences for the lives of the people related to the burden of state finances, and / or require changes or the formation of laws must be approved by the House of Representatives”.

On that matter, the Constitutional Justice Board in its consideration stated that the DPR’s Approval was needed for an International Agreement which was deemed important only. Agreements that are considered important, in accordance with those stipulated in the Constitution.

In general, in consideration of the judge, the criteria for the important agreement were mentioned: the Agreement with political dimension that has is relevant with state sovereignty such as an agreement influencing state borders, which affect federation relations with other states, which affect the burden of state finance that must be borne by the people, which affects the balance or division of the king’s power with parliament, which has a broad impact so that new laws are needed. And it can increase according to the needs or considerations of each country.

Regarding in what way or in the circumstances of how an international treaty material causes broad and fundamental consequences related to the financial burden of the state and / or requires changes or the formation of laws, the panel of judges considers that it cannot limitatively determined but must be assessed casuistry based on consideration and developments in legal needs nationally and internationally.

Previously Article 10 of the International Treaty Law limited only six categorizations of international agreements that had a broad impact on people’s lives. Of course, the enthusiasm in Article 10 of the International Treaty Law has made exhaustive criteria or qualifications limited to the six aspects in question, while Article 11 paragraph (2) of the 1945 Constitution makes an open criteria. Article 11 paragraph (2) of the Constitution states: “The President in making other international agreement which have a broad and fundamental consequences for the lives of the people related to the burden of state finances, and / or require changes or the formation of laws must be approved by the House of Representatives”.

Legal consequences on the verdict of Constitutional Court Judge

One important point in the consideration of the Constitutional Court Judge that the involvement of the state in international treaties under the pretext of world order should not conflict with the principles of independence, peace and social justice. Before the Constitutional Court’s verdict, there were very many bilateral, regional and multilateral agreements that were far from social justice and adopted the spirit of people’s interests. In fact, when the agreement is ratified in national law, it will have an impact on all elements of society. Of course, after this Constitutional Court ruling, actions that harm the interests of the people and injure social justice over the implementation of the international agreement are not allowed to be returned.

The advocacy team for economic justice sees that there are a number of things that have legal consequences to look at:

Monitoring of IGJ : POSITION OF INDONESIAN CIVIL SOCIETY TOWARDS PROTECTION OF INTELLECTUAL PROPERTY RIGHTS ISSUE IN THE 6TH ROUND OF INDONESIA-EU CEPA NEGOTIATION,