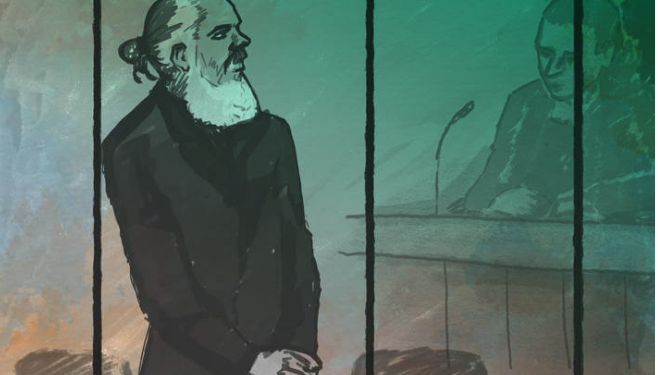 PI Council Members support the freedom of Julian Assange against the unlawful and dangerous extradition trial against him currently taking place in London.

“Every time we witness an injustice and do not act, we train our character to be passive in its presence and thereby eventually lose all ability to defend ourselves and those we love.” ― Julian Assange

We, members of the Progressive International Council, support the freedom of Julian Assange against the unlawful and dangerous extradition trial currently setagainst him in London. Julian Assange has been a world-defining journalist, editor, and intellectual whose work has been crucial in promoting global justice. The prosecution by the United States of an Australian citizen for his journalistic activities done in sovereign countries in Europe is a gross violation of human rights and international law. More dangerously, it sets a legal precedent that means that any dissident from the foreign policy of the United States may be shipped to the United States to face life imprisonment or even the death penalty. The results of the case threaten free speech and national sovereignty across the world.

Wikileaks has been an inspiration to social movements around the world in their fight for truth and justice. Assange’s work as editor and journalist for WikiLeaks has revealed more government misdeeds than any other publishing outlet in this century, from money laundering to corruption in countries from Iceland to Namibia. Although he was the recipient of global awards for his work to defend human rights, it was only when Wikileaks began revealing the crimes of the U.S. government — in particular, its war crimes in Iraq, torture at Guantánamo Bay, and the CIA’s illegal cyber-warfare program revealed by the “Vault 7” leaked documents — that Assange was treated as a criminal and terrorist by the United States.

We must remember that it is for nothing more than acts of publishing that Assange is being prosecuted now.

We believe that support for Julian Assange in the case against extradition is a litmus test for progressive forces around the world. Despite its historic consequence, this case has been kept all too quiet — and it is the responsibility of all progressive forces to raise their voices now. Meanwhile, Assange has been left to languish in isolation, first in the Ecuadorian Embassy in London, and now in the Belmarsh Prison, where he is kept in confinement 23 hours each day. Assange has suffered enough and his prolonged incarceration might lead to the loss of one of the most courageous publishers in the 21st century. To fail to support Assange at this juncture would be an act of monumental cowardice, and exceptional self-harm.

We know that the case of Julian Assange will determine more than his fate alone. The outcome of Assange’s case carries the weight of our collective security against the abuses of the powerful. If we do not rise up now — if we do not find the courage to speak on Assange’s behalf — he will be shipped to a secret court, imprisoned for life, and left to die. We cannot stand idly by. International solidarity with Assange is needed now more than ever.

We will fight against US extradition until he is free.