The Negotiations Does not Proceed with People’s Will, the 12th Ministerial Conference of WTO and Free Trade Agreement Must Be Stopped! 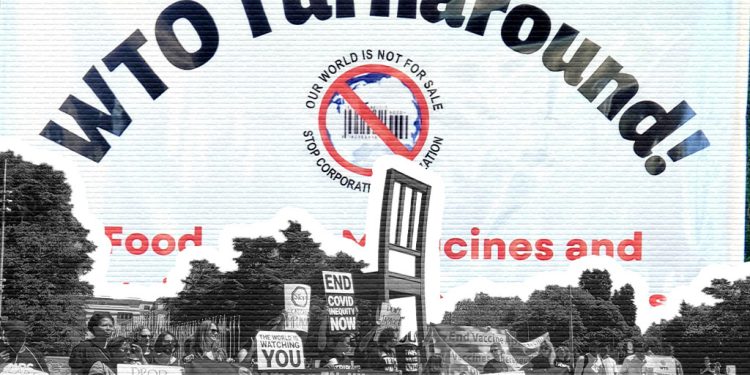 Policies that regulate many themes of trade in goods and services, investment, and trade dispute mechanisms result in free market-based regulations at the expense of protecting people’s access to rights and economic sovereignty. The WTO regime also makes liberalization standards which are then used in bilateral liberalization schemes. This meeting of world trade ministers often bypasses public participation in efforts to identify, defend and reject liberalization policies. Various regulations that were agreed upon resulted in disparity and a decline in the quality of the people’s economy.

1. Inequality of Access to COVID-19 Needs and Difficult Access to Medicines due to TRIPS
The Civil Society Coalition for Economic Justice highlights that the Disparity in Access to Vaccines is caused by the failure of the TRIPs Waiver negotiation at the WTO.[2]. Thus far, the Trade-Related Aspects on Intellectual Property Rights (TRIPS) regulations have made it difficult for the public to access medicines. The TRIPS regulations have encouraged medicines monopolies, making them expensive and difficult to reach.

This condition is even more difficult during the COVID-19 pandemic, where countries have difficulty meeting the needs of the pandemic, including medicines, PPE, diagnostics, ventilators, to vaccines. The TRIPS Waiver proposal emerged as a proposal from India and South Africa to suspend TRIPS regulations temporarily. Therefore intellectual property barriers to meeting the needs of the COVID-19 pandemic can be overcome.

The TRIPS Waiver proposal aims to provide equitable access to handling the COVID-19 pandemic and deviates from the needs of developing and least developed countries. This proposal is supported by many developing countries, civil society organizations, researchers, and academics.

In its development, the WTO has directed the TRIPS Waiver negotiations on a draft that “compromises” with the wishes of developing countries. This text emerged after a discussion led by developed countries and facilitated by the Director-General of the WTO. The Coalition, in this regard, continues to push for the original text of the TRIPS Waiver Proposal to stop all forms of Vaccine Apartheid that occur, especially in poor and developing countries. The TRIPS Waiver proposal is critical since, during the pandemic, corporate companies continued accumulating wealth, and many victims of COVID-19 passed away due to difficulty accessing medicines to vaccines.

2. The Loss of State Sovereignty in the WTO Regime
The WTO has pushed for a series of regulations that have put developing and least developed countries in a difficult position. Developing and least developed countries are forced to open their trade door, including in important sectors such as food, resulting in developing and least developed countries losing their sovereignty to protect their domestic markets. These neoliberal policies encourage countries to prioritize crop exports, rely on imports to feed the people and increase corporate resource grabbing, to the detriment of farmers and local communities. This can be clearly observed when trade and agricultural regulations were forced to change through the WTO mechanism to open the imported door wider due to the defeat in the trade dispute with Brazil.

The Coalition considers that the 12th Ministerial Conference of WTO will continue to dominate the interests of trade expansion in developed countries and the crisis in developing countries. Moreover, developed countries continue to dominate the negotiations; hence the development agenda for developing and least developed countries continues to be marginalized. Developed countries have made various attempts to bind developing and poor countries to submit to the agreement of some WTO members. The Plurilateral Mechanism makes many agreements that bypass the regulations that must be implemented multilaterally. For instance, the Joint Statement Initiative (JSI) Services on Domestic Regulation encourages countries involved in this discussion to produce a joint statement at the WTO forum to liberalize services with certainty in the regulations in member countries.

Following the WTO has made member countries, including Indonesia, have to adjust national policies which are suitable and connected to global agreements. The nation’s independence in global relations is pawned to generate investment and economic growth. Protection of the people is a forbidden policy to be implemented in each member country.

For instance, in the Fisheries Subsidy negotiations, Article 4 in the draft text of fisheries subsidies at the WTO compels small fishers to fish under 12 nautical miles of the territorial sea measured from the coast. This is, in fact, contrary to what is happening in various coastal areas and small islands. The cruising range of small fishers can reach 20-30 nautical miles of territory.

Another matter can be seen in Article 5 in the draft text of fisheries subsidies at the WTO. In fact, it provides an opportunity for developed countries to maintain subsidies on high-scale capture fisheries, which contribute greatly to overcapacity and overfishing. Major countries which benefit include the European Union, the United States, and Japan. Meanwhile, developing countries that are dominated by small traditional fisherfolks are prohibited from receiving subsidies. The Coalition considers this to be an absolute injustice shown in the WTO negotiations.

The abolition of fisheries subsidies in Indonesia is contrary to Law Number 7 of 2016 concerning the Protection and Empowerment of Fishers, Fish Cultivators, and Salt Farmers, which mandates the Indonesian Government (both Central and Regional) to provide subsidies in providing fishery business facilities to both traditional and small fishers. Even through Law no. 7 of 2016, the Government is required to provide easy access to information regarding the provision of fisheries subsidies.

Through negotiations that will eliminate fisheries subsidies, the WTO will reduce state sovereignty in two (2) matters: 1) determining the space and roaming distance of small fishers in catching fish in Indonesian territorial waters; and 2). providing fisheries subsidies to small and traditional fishers in accordance with the mandate of Law 7 of 2016 concerning the Protection and Empowerment of Fishers, Fish Cultivators, and Salt Farmers.

4. Negotiations Will Perpetuate the Adverse Effects of the Climate Crisis on Developing Countries
Through these negotiations, the WTO will not correct the trade interests of developed countries that are proven to contribute to producing carbon emissions globally. On the other hand, the WTO has become a tool for developed countries to push their trade interests even though it perpetuates the harmful impact of the climate crisis on developing countries.

For developing and archipelagic countries such as Indonesia, the impact of the climate crisis has caused many small islands to sink.[5] According to Indonesian Forum for the Environment (WALHI) records, the climate crisis will cause more than 180 cities to be submerged in the next few decades. Around 118,000 hectares of land will be submerged by seawater, and as many as 23 million people will be affected. Economic losses are estimated at IDR 1,576 trillion. At the same time, more than 10 thousand coastal villages will disappear due to rising sea levels. As a result, many people will become climate refugees as they have lost their homes and living spaces.

At the end of February 2022, the Intergovernmental Panel on Climate Change (IPCC) has reported on the impacts of the climate crisis on oceans and coastal communities, including: first, increasing temperatures will force fishes to move from the tropics; second, the migration of fishes will reduce the income of traditional fishers and/or small-scale fishers in Indonesia by 24 percent; third, 95 percent of the marine area will reach the highest threat situation. Therefore, it impacts on fisheries that depend on coral reefs; fourth, in Southeast Asia, 99 percent of coral reefs will experience bleaching and die by 2030.[6] In the future, more than 2 million small-scale fishers in Indonesia will have to deal with the threatening situation caused by the climate crisis.

Thus, it is important that the 12th Ministerial Conference of WTO should be stopped immediately because it will benefit developed countries. However, at the same time, it will worsen lives, exacerbate vulnerabilities, and perpetuate crises in developing countries, especially Indonesia, an archipelagic country surrounded by oceans.

Statement of the Civil Society Coalition for Economic Justice
at the 12th Ministerial Conference of the World Trade Organization
13 – 16 June 2022, in Geneva, Switzerland 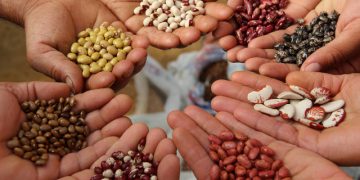 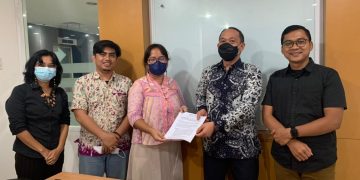