(Internship student of ACICIS Law Professional Practicum Programs at IGJ period Januari-February 2021, she is currently undertaking a bachelor of law and arts, majoring in Law at the University of New South Wales.)

On 2 October 2020, the TRIPS Waiver was proposed by India and South Africa, urging the WTO to temporarily waive obligations to protect intellectual property rights related to the prevention, containment or treatment of Covid-19.As of 25 January 2020, it is supported by over 100 developing countries in the WTO who hope this proposal provides greater accessibility and affordability to essential medicines and equipment. However, decision-making in the World Trade Organisation is consensus-based, meaning nations must vote in favour of a proposal in order for it to pass. As there is currently not unanimous support for the TRIPS waiver, proponents of the proposal hope to campaign for the ¾ majority needed in the TRIPS council meeting for the waiver to be enacted.  The state of play is currently highly complex with important actors including not only developed and developing nations, but large pharmaceutical companies and non-governmental organisations as well.

Support for the TRIPS Waiver

On 2 October 2020, communication from the Indian and South African delegations noted that the Covid-19 pandemic placed significant strain on the importation and exportation of several essential pharmaceutical equipment and medicine. As a result, certain developing nations were experiencing difficulties in obtaining resources as wealthy nations used protectionist measures to safeguard existing medical supplies. With rapidly spreading diseases and continually high infection rates, developing nations, and most importantly, everyday people living in developing nations, were faced with little opportunity of recourse.

The TRIPS waiver proposal therefore sought to waive Sections 1, 4, 5 and 7 of Part II of the TRIPS Agreement, as well as Article 31. These set lengthy procedural requirements for the importation and exportation of pharmaceutical products, limiting access for certain states. The original draft proposal of 2 October also noted that the waiver would remain in place for a duration not yet decided by the TRIPS council and could be reviewed by the General Council in no longer than one year after it was granted. Those two proposed clauses are highly important as they accommodate for the time developing countries may need to obtain essential medical products, as well as allow for review on the effectiveness of the waiver on a yearly basis.

On 23 November 2020, South Africa, a key supporter of the proposal, noted that high quantities of patents were filed on anti-viral medications, making it difficult to increase manufacturing of an already limited supply of medicines. On 15 January 2021, communication sent by Bolivia, Eswatini, India, Kenya, Mozambique, Mongolia, Pakistan, South Africa, The Bolivarian Republic of Venezuela and Zimbabwe expressed surprise that other member states in the TRIPS Council were unaware of developing countries’ supply-chain shortages in the production and delivery of medical supplies. They cited tocilizumab and sarilumab as just two examples of anti-inflammatory medicines that have been used in the treatment of Covid-19 patients. However, patents for the two medications still exist in many developing nations with primary patents for sarilumab being filed in at least 55 developing countries.They further noted that Article 31 was inflexible, particularly because it had to be determined on a case-by-case basis. This meant that multiple applications and licences had to befiled by developing countries in order for them to receive the medicine needed to treat Covid-19 patients. Further, supporters of the waiver argue that the existing TRIPS flexibilities have only been successfully used once and that significant pressure is exerted onto developing nations, preventing their licence applications from being successful. In the unlikely circumstance that a compulsory licence is granted, it is still unable to be highly effective. This is because current provisions under the TRIPS Agreement require nations to only use licences for domestic supply.As a result, if a neighbouring developing country is experiencing challenges in obtaining medical equipment and vaccines, a state with over-supplyis not to permitted to import or export required products. Supporters of the waiver argue that this ultimately reduces global collaboration and makes global access to essential medical supplies even more difficult. Thus, states in support of the TRIPS waiver emphasise the need to ensure global affordability and accessibility to medicines.

Opposers of the TRIPS Waiver

Opposers of the TRIPS Waiver are split into two types: states questioning whether the TRIPS agreement is inflexible in its operation and states stringently opposed to any reduction of intellectual property rights.

Several states, including Australia, Singapore and Switzerland have requested further evidence that developing nations are experiencing difficulties utilising the existing TRIPS agreement provisions to gain access to medicines. Communication from Australia, Canada, Chile and Mexico on 27 November 2020 noted that further consideration was needed on India and South Africa’s proposal, especially as they believed there were already flexible frameworks and processes available for developing countries. In their 27 November communication, these states argued that the TRIPS agreement was drafted with the aim of applying to national and international health emergencies. As such, it ought to be assumed that the current TRIPS agreement and its provisions are sufficient to support any accessibility or affordability barriers that developing countries are experiencing.

Nevertheless, these nations have also stated that they are still eager to understand the nature and scope of the challenges developing countries could be experiencing and posed several questions to be addressed. These included questions on whether member states experienced challenges in the procurement of medicines, whether they had formally initiated Article 31 processes for compulsory licences and what, if any, challenges they had faced during that process.

Opposition to the proposed waiver in other countries, however, remains stronger. The United States, European Union and Japan remain strongly opposed to any consensus, arguing that intellectual property rights are essential in encouraging future innovation and collaboration.The US noted that that a more preferred approach to the TRIPS Waiver would be for countries experiencing medical shortages to first identify products which were currently inaccessible, before the TRIPS Council then provided solutions tailored to that country.Canada argued that the flexibilities provided in the TRIPS Waiver had already proved to be successful, noting that it had previously been used in 2017 by a Canadian company producing HIV drugs for Rwanda. In certain developed countries, opposition to the TRIPS waiver remains strong. Large pharmaceutical companies have played a major role in pushing for patents and intellectual property safeguards on medicines. A New York Times Article published on 10 December 2020 by Thomas Cueni, director general of the International Federation of Pharmaceutical Manufacturers and Associations, outlined the importance of strong IP rights, especially in the medical sphere. Specifically, it was argued that pharmaceutical companies undertake substantial risk when developing vaccines and medicines, and as a consequence, deserved to have that research protected when it became successful. This opposition remains strong and is unlikely to change over the coming weeks.

How have current discussions affected Indonesia?

Indonesia has publicly announced its support for the proposed TRIPS waiver, recognising the many difficulties that developing countries could experience when attempting to address both medical shortages and affordability of drugs, vaccines and equipment. At the TRIPS Council Meeting on 10 and 11 December 2020, Indonesia noted that the waiver provided a “different perspective…by addressing one of the core challenges in rapid, equitable and affordable access to health.” They also recounted the significant difficulties it faced in obtaining the anti-viral medication, Remdesivir, which has been widely used to treat Covid-19 patients. This was largely a result of unsuccessful negotiations on voluntary licensing, with importing of the drug being highly challenging due to the high price and limited supply. For Indonesians, protectionist measures implemented by wealthy states often directly harm ordinary consumers who seek to have safe and affordable access to medicines. As a result of limited medical supplies, the most vulnerable members of the community suffer, exacerbating inequality and injustice.

Discussion on the State of Play

While the patent system does help protect intellectual property rights, these rights should not be considered the ultimate priority of nation states. It must be recognised that Covid-19 is not limited to state borders and as a result, transmits freely across the world. As of 25 January 2021, there have been over 99.2 million global infections reported and over 2.13 million deaths worldwide. This unprecedented global pandemic has not only never occurred on such a global scale before, but has also disrupted strong supply-chains and regional collaboration. As a result, continued support for current TRIPS provisions erects barriers on essential medications and equipment, fuelling a health crisis.

Current discussions from 15 January 2021 centre on the dangers of having pharmaceutical monopolies over R&D and medical supplies, as well as the limitations of Article 31. However, what is important to note is that TRIPS was never written with the intention of addressing safe and affordable access to medications and equipment during a global pandemic. As such, its legal provisions and processes have been highly rigid and difficult to use, especially for nations that do not have the capacity to fund medical research and develop vaccines within their nation.

Safe and affordable access to medicine should be considered a basic human right. When access to essential medicines are restricted in the name of profit to large pharmaceutical companies, injustice flourishes. Covid-19 has not indiscriminately affected communities around the world. Instead, it can be seen that individuals in lower socio-economic conditions, women and developing nations in general, have been unequally affected by access to medical equipment. With Covid-19 now encouraging a return to protectionism and nationalism, it is now more important than ever for the international community to guarantee affordable and accessible healthcare supplies.

Non-governmental organisations have a key role to play in promoting the TRIPS Waiver and countering the influence of large pharmaceutical companies. Campaigns must continue to promote increased awareness, supporting local movements which encourage equal global access to health, never important than today. 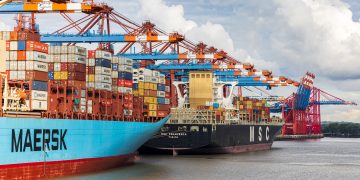 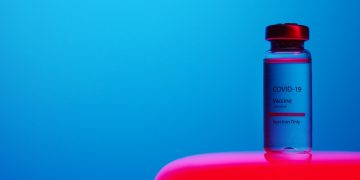