Update of the 11th KTM Conference of WTO, RCEP and IEU CEPA 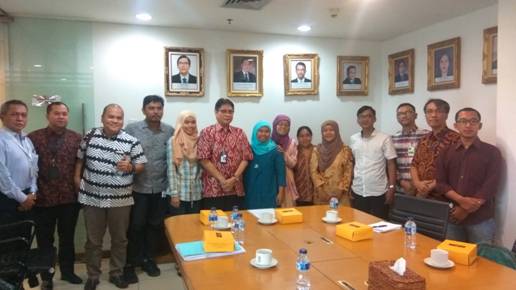 THE DEVELOPMENT OF THE 11TH WTO KTM NEGOTIATION RESULTS

Progress in the 11th WTC KTM negotiations still gets minimal results. Because the proposals that G33, Public Stock Holding and SSM are fighting for by developing countries including Indonesia in the negotiations are not the main agenda of the discussion.

In addition, in relation to e-Commerce discussions in negotiations has been re-structured so that products traded through e-commerce are subject to import duties. The most important cross-border e-commerce transactions can be taxed.

The Minister of Trade of the Republic of Indonesia in the negotiations that conveyed directly in the 11th WTT KTM that for digital products but not his transactions, it may be subject to import duty. And after discussion with customs, e-commerce transaction can be traced through banking.

DEVELOPMENT OF THE RCEP NEGOTIATIONS

However, whatever is negotiated in the RCEP negotiations, the Ministry of Commerce always asks for the position of the coaching sector, because the tarrif policy to be established concerns the guidance of the Ministry of Industry.

Therefore, they (the Ministry of Industry) will conduct the study, whereas if it concerns agriculture, ESDM, each of the Ministry will do the study. Thus, the Indonesian Ministry of Trade can not decide on its own. Therefore, it should be in a position already considered by other ministries.

But in line with that the relevant ministries have conducted joint studies, that the RCEP agreement can provide benefits for Indonesia, in the sense can take advantage of regional supply chain. For example, raw materials in Indonesia are still limited, can be met by other countries.

The discussion on e-commerce also focuses more on cooperation, as Indonesia’s agreement with ASEAN is only limited to the cooperation scheme. For the RCEP negotiations will be held on February 2-9, 2018 and issues to be discussed include, Trade in Goods, Trade in Services, Investment, Legal Aspect and Rules of Origin.

THE DEVELOPMENT OF IEU – CEPA TALKS

When compared to the RCEP negotiations, the discussion in the IEU CEPA negotiations is still at the back and the level of achievement is still below the RCEP.

Regarding the discussion of TSD (Trade and Sustainable Development) in the IEU CEPA negotiations on the issue of the palm sector should be aware not only of the environment but also of social issues. For this problem the Indonesian government hopes that Indonesia’s access to the EU is not discriminated against.

In the future, Indonesia will be sustainable in the palm oil sector, which is socially and culturally friendly and does not forget the people involved in it. But in the context of future negotiations the Indonesian government wants market access not to be disrupted by unbalanced issues, not because the EU immediately makes unilateral disconnections.

The TSD Chapter in the IEPA CEPA negotiations as a means for settling the commitment commitment issue by establishing a special committee that monitors the running or not of such commitments / agreements. Although the IEU CEPA negotiations the level of achievement is still below the RCEP.

But the EU looks aggressive in this negotiation on several issues such as IPR (Intellectual Property Rights) issues, trade in goods, investment, and procurement goverment.

With regard to issues to be negotiated in the IEU-CEPA 4th round, namely: trade in goods, trade in services, investment, intellectual property rights, business competition, trade and sustainable development, MSMEs, trade in government goods and services, and cooperation and development capacity.

Coordinator Research and Advocacy on Food and Digital Trade Issues

IGJ’s View: Condition of the Right to Food in Indonesia

IGJ's View: Condition of the Right to Food in Indonesia