“New generation free trade agreements  are being aggressively pursued in Asia and Europe. They are destructive to our lives, to our democracy and the planet, and they are being negotiated without transparency and public participation to give more power to transnational corporations.”

This, in brief, was the shared analysis of the participants in the recently held conference organised by the Thematic Circle on Just Trade and Corporate Accountability of the Asia Europe People’s Forum (AEPF) in Jakarta from 19-21 February.

The conference, titled “Peoples Sovereignty and the challenge to the free trade agenda”, coincided with the 4th EU-Indonesia Comprehensive Economic Partnership Agreement, or CEPA, negotiation from 18-23 February, in Solo, Central Java in Indonesia. It was a counter-forum held by the AEPF to give a critical response to the ongoing EU CEPA negotiation, not only in Indonesia but also in several Asian countries like Thailand, the Philippines, Singapore, Malaysia and Vietnam.

In the conference, organisations and campaigners from Asia and Europe shared information about the wide regulatory aspects of trade negotiations and the social and economic impacts of free trade agreements (FTAs) in the Asian and European regions. There were rich discussions about how new and more comprehensive FTAs will further increase environmental degradation and negatively affect labour conditions, the agricultural sector and health services in both regions. Apart from the EU CEPA, Asian countries are also negotiating with partners under the Regional Comprehensive Economic Partnership (RCEP) and the Trans-Pacific Partnership (TPP).

There was a shared observation among participants in the conference from various sectors that ongoing FTA negotiations are very much driven by the interests of the world’s powerful transnational corporations and closely resemble the Trans-Atlantic Trade and Investment Partnership (TTIP). Officials and business leaders in Europe view the Southeast Asian countries as rising and big potential markets and that European businesses should get access to sell their products there.

However, new generation FTAs are not just about lowering tariff barriers and encouraging trade relations between countries. There are serious development impacts that could harm public interests in what unaccountable trade negotiators are finalising in our behalf. These include the negative effects of Investment-State Dispute Settlement (ISDS), and the ever-expanding intellectual property rights clauses that cover services, raw materials and digital trade/e-commerce. These will surely be found unacceptable if made known to the wider public and put forward for public approval.

The liberalisation of our services, health care and education is already making daily life harder, especially for the growing number of marginalised people in society in both regions and globally. International trade norms have undermined the capacity and responsibility of governments to provide protection and fulfil people’s needs.

Cases and presentations were made at the conference by Asian organisations from affected sectors and communities about excessive mining and palm oil industries, agriculture and fisheries, as well as by environmental and access to medicines campaigners. They echoed widespread concerns about increasing powers of TNCs due to trade agreements signed by their governments.

In support of corporate interests, FTAs limit the extent to which governments can use their public procurement policies to boost local employment and domestic industries. The strengthened protection of patents and other intellectual property rights will only benefit the world’s largest pharmaceutical companies, but conflicts with policies to ensure cheaper generic medicines for all.

There are also growing ISDS cases against Asian governments. According to Rachmi Hertanti, director of Indonesia for Global Justice, “Indonesia has already been sued eight times by TNCs. The litigation cost reached billions of rupiah to the state.” States sued under ISDS bear the immense cost of litigation whether they win or lose the case.

Indonesia faced a lawsuit from British-owned Churchill Mining for $1 billion over the revocation of coal mining permits on the island of Borneo. Churchill Mining had been operating in Borneo until the local government withdrew the permit to operate in 2010. Such precious funds could pay for highly needed health and education services in a country like Indonesia. Moreover, cases like this give regulatory chill to developing countries where powerful corporations are doing whatever they like. The Indonesian government has been forced to weaken its environmental policy in the face of several lawsuit threats.

Trade between economies always produces winners and losers. Who will win, who will lose, how, and how much benefits and losses should be taken into account are key considerations. More importantly the question is: will gains from trade be distributed and how will the losers be cared for? Trade agreements are very broad and contain many measures that affects domestic regulations, reduce policy space, and more importantly for developing countries – policies for sustainable industrialisation.

Learning and understanding concerns, developing alternatives and working together

Social, environmental and human rights considerations must take precedence over enhanced market access and protections for transnational corporations. Participants in the conference committed that they will exert efforts to stop dangerous FTAs and ensure that trade concerns are everyone’s business. Apart from demanding that parliaments have a bigger role in FTA negotiations and governments inform people about FTAs that they are getting into, they agreed to strengthen unity among and across movements and campaign groups, to use opportunities and possibilities for exchanges and common actions.

There is an urgent need to expose the immense power of corporations and the implications of their domination on our everyday life. Closely linked to Asian and European civil society cooperation to stop destructive FTAs, there is also a common view that we have an important and unique opportunity to realise a binding UN Treaty for TNCs. A broad coalition of movements and campaign organisations must be built to work nationally, regionally and globally to ensure that a binding treaty in the UN covering all operations of transnational corporations and big businesses be put in place.

As the Thematic Circle on Trade Justice and Corporate Accountability of the Asia Europe People’s Forum, the participants identified that the main work of the group would be on FTAs and the binding UN Treaty on TNCs. There are key UN meetings this year to move the UN Treaty process forward. At the same time, the 12th Asia Europe People’s Forum will be held in Ghent, Belgium from 18-21 October this year. It will be a further opportunity to connect our vital struggles. 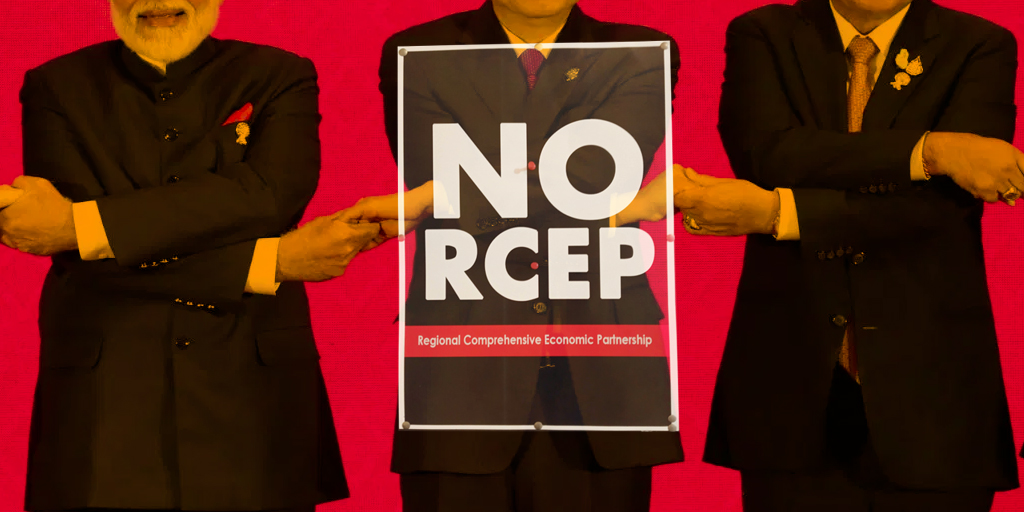 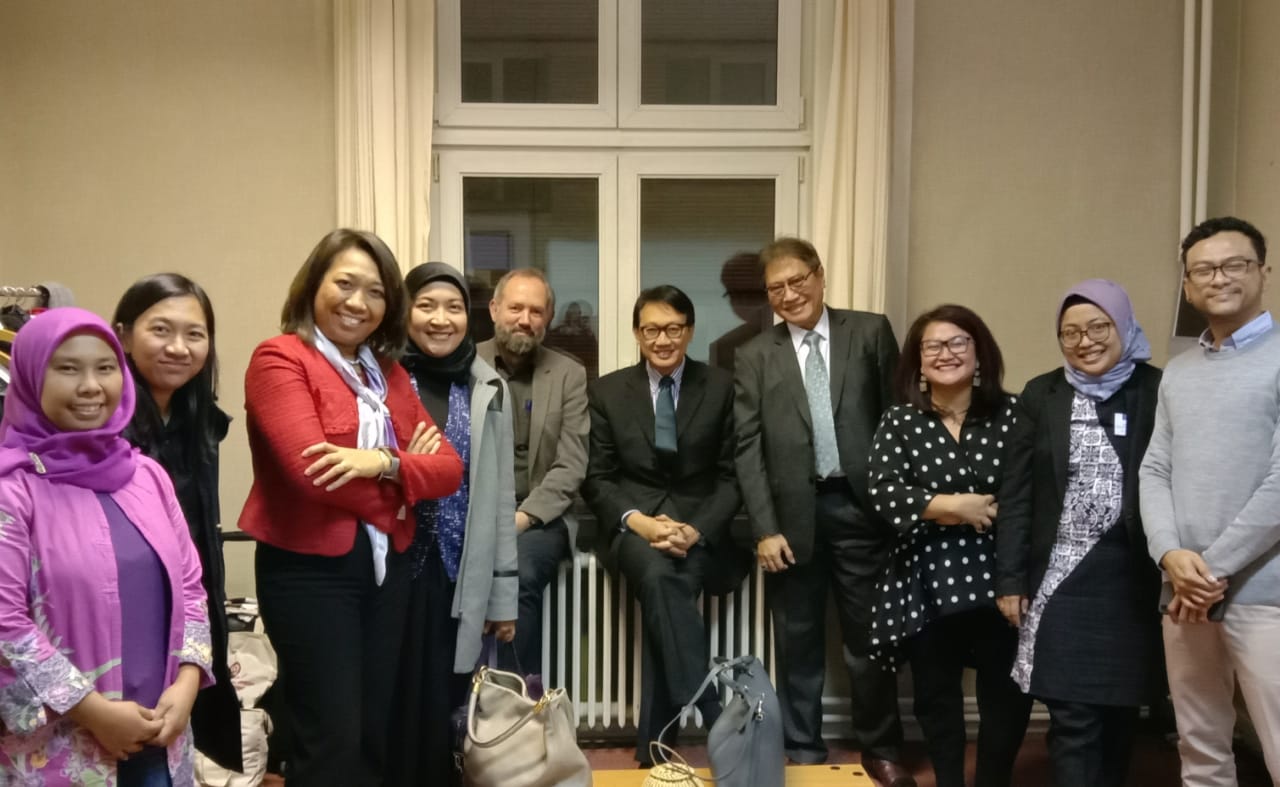