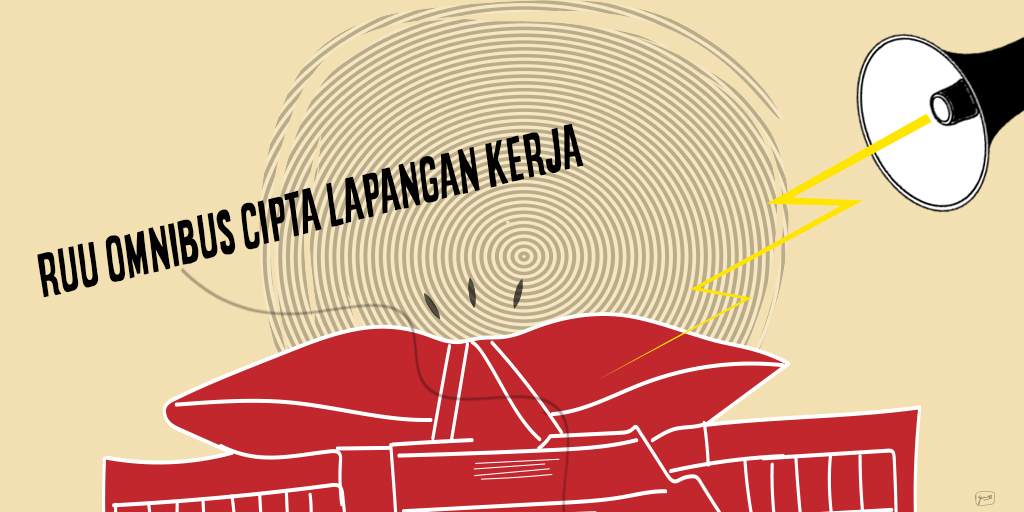 In the midst of the Corona Virus (Covid19) pandemic outbreak, instead focusing on handling and preventing the spread of the pandemic, the Government and Parliament encourages the completion of the Omnibus Bill on Job Creation Bill and the Omnibus Taxation Bill. As if the Omnibus Law can be the answer to today’s economic problems. The crisis of capitalism is permanent. Even though today’s condition cannot be answered by a capitalistic economic monopoly system, but rather the people’s economic power which will become the solution.

The completion of the Omnibus Law discussion amid the global economic turmoil due to the COVID 19 pandemic outbreak is not the right solution for economic growth. Amid the uncertainty of the global economy, there is also limited industrial movement, so there is little chance of being able to attract foreign investment to drive industrialization as capital for economic growth. No investor wants to invest their capital in the midst of very high financial risk. Therefore, the discussion of Omnibus Law during the Covid 19 pandemic outbreak increasingly shows that the Government and the Parliament are not sensitive to people’s lives, and causing an increasingly acute humanitarian crisis in this country.

Therefore, strengthening the critical analysis of the Omnibus Bill on Job Creation must be enriched continuously by social movements in Indonesia to reinforce the situation of political-economic reading that occurs, to expand the consolidation of the people’s struggle against the economic development agenda which is monopolized by the capitalist’s interests.