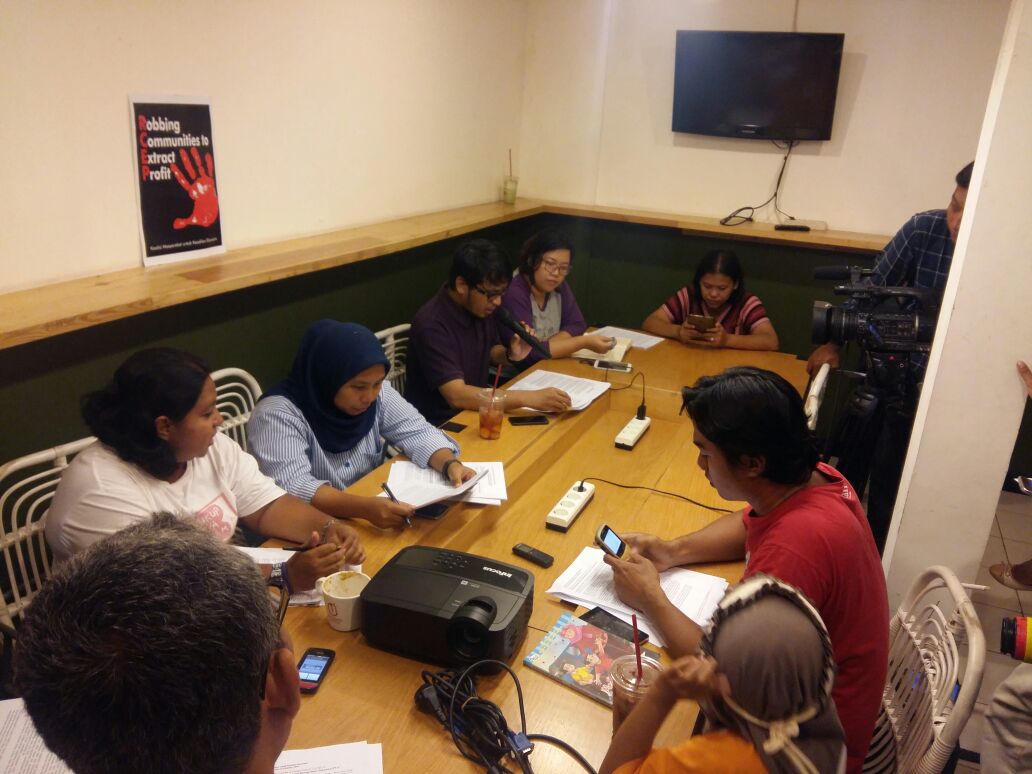 “Government Must Be Serious in Protecting Farmers from FTA Threats”

On October 17th to 21st 2016, the 15th round of negotiations are underway on the ASEAN RCEP in Tianjin, China. Trade agreement RCEP comprising 10 ASEAN countries with 6 fellow biggest trade partners, namely Australia, China, India, Japan, New Zealand, and South Korea are expected to be finished at the end of this year not only contain trade issues, but also regulates the intellectual property rights, which is one of the important issues in terms of farmers’ sovereignty over seeds.

Rachmi Hertanti, Executive Director of Indonesia for Global Justice, stated that the RCEP treaty would threaten the sovereignty of farmers by setting the protection of intellectual property rights, especially regarding seeds. “Many of our farmers who have suffered as a result of the criminalization of Haki’s settings. RCEP will return criminalize farmers if the Indonesian government does not draw up the right strategy in FTA negotiations being conducted by the government today,” she said.

Sindi Putri from Indonesia AIDS Coalition (IAC) revealed that the process of FTA negotiations, particularly RCEP, are very secretive and undemocratic. “A space for democratization should be opened by the government. The public is entitled to know the contents of the agreement that were being negotiated with. Public consultation process should be completely open, so that the public can provide input to strengthen the government in negotiating strategies” she added.

Chairman of the Indonesian Farmers Alliance, Muhammad Nurudin, explained that the leaked text obtained from Wikileaks revealed that the RCEP would enforce member states to ratify the 1991 UPOV (International Union for the Protection of New Varieties of Plant 1991). UPOV 1991 will oblige the government to protect the patent owner (or other certificate types) for 20 to 25 years including those in the realm of seed, ecosystems and biodiversity.

“The obligation of UPOV 91 in RCEP will strengthen the monopolistic control of seed by the corporation. In fact, UPOV 1991 would prohibit the rights of farmers to develop their seeds on the basis of infringement of intellectual property rights. Note that today 90% of the seed trade has been dominated by just five multinational corporations”, he added.

Similarly, Achmad Jacob of Bina Desa also revealed to ratify UPOV 91 required in RCEP will certainly seize back the rights of farmers over seeds that have been won by Farmers in Judicial Review of Law on Plant Cultivation System. “The judge of the Constitutional Court in its decision has been providing protection for the rights of the community in terms of seed breeding and spreading. If ratified UPOV then all the legislation we will be aligned with it, and of course, the Constitutional Court ruling will be discarded,” he explained.

In the case of “source of plant cultivation”, in the Number 99 / PUU-X / 2012, the Constitutional Court stated that the community, in this case are individual small farmers (in the ruling dated July 18th 2013). It includes the small farmers in Indonesia as well as stakeholders in terms of of coastal agriculture, indigenous people, native forest encroachers (community-gatherers), rural women, peasant organizations and small fishermen.

Puspa Dewi of Women’s Solidarity also emphasized that the liberalization of rules of food in RCEP will also facilitate food production and agricultural monoculture on a wide scale. “The impacts of RCEP are not only on the reduction in tariffs and the elimination of trade restrictions, but worse than that is its opening opportunities for foreign investors who will dictate what and how food is consumed. Farmers will be increasingly unsovereign in determining the direction of its food production, especially women farmers,” she said.

Alie from Agra stated that the liberalization of food will increasingly eliminate their jurisdiction over seeds and increasing the power of corporations in the member states. The impact is the fact that Indonesia will be increasingly unable to increase food production in their own country. “The government have more tendency to increase imports of various food commodities. For instance, throughout the year 2016, Minister for Economic Affairs said the government imported 2.4 million tons of corn and 3.2 million tons of raw sugar and much more. But the government’s obligation doesn’t merely stop in a matter of supply, but it also needs to find a strategy to strengthen the country’s food sovereignty” Alie added.

The Coalition assess comprehensive FTA arrangement which would pose a potential broad impact on public policy spaces, particularly in regards to food policy and farmer sovereignty. Thus it is very important to urge the government to reassess the impact of many liberalization efforts on food through free trade agreements including RCEP not only economically, but also to study their impact on the fulfillment and protection of human rights, especially in the aspect of the rights to economic, social, and culture (ECOSOC rights).

Referring to the widespread impact of CEPA, RCEP and TPP for the rights of social and economic society and limit the spaces of public policy, it is appropriate that all the decisions of the government related to the binding of Indonesia to various international trade agreements must involve the public, particularly civil society groups and communities that happened to be the stakeholders in this issue.

Coalition for Economic Justice is consisted of:

Secretariat of Coalition for Economic Justice: