RCEP Agreement Has Broad Potential towards People’s Lives, The House of Representatives of Indonesia Must Conduct Impact Assessment 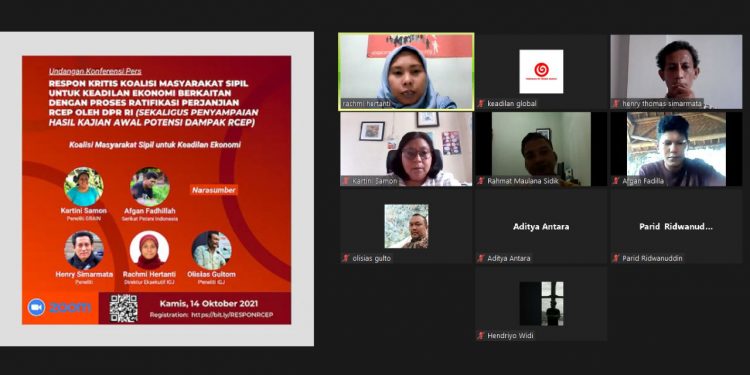 Jakarta, October 14, 2021. The Civil Society Coalition for Economic Justice (Koalisi MKE) urges the House of Representatives of Indonesia and the Government not to ratify the RCEP Agreement before conducting a comprehensive analyses on the RCEP agreement’s impacts and disclose the results to the public as a basis for making decisions by the House Of Representatives of Indonesia in approving or rejecting the ratification of RCEP. This is in accordance with the mandate of the Constitution Article 11 paragraph (2) of the Indonesian Constitution as confirmed by the Constitutional Court Decision No.13/PUU-XVI/2018 concerning Law no. 24 of 2000 on the International Treaties.

Rachmi Hertanti, Executive Director of IGJ, explained that the RCEP agreement would not open up a much larger space for market liberalization because the commitment to liberalization in RCEP is lower than the ASEAN+1 FTA. About the coalition study, the study results by UNCTAD Economist Rashmi Banga stated that implementing the RCEP goods liberalization commitment would worsen the trade balance of ASEAN, including Indonesia, where the increase in imports of almost all ASEAN countries came from China. Furthermore, the study calculates that ASEAN countries will lose around USD 8.5 billion per year after RCEP is ratified in their goods trade balance.

“This fact is far from the expectations of the government, which claims that through RCEP, it will increase the value of Indonesia’s exports after RCEP is ratified. An increase in the value of the trade deficit can exacerbate the overrun of Indonesia’s balance of payments which in the end narrows the country’s fiscal space to be able to allocate the state budget for the benefit of the people,” stressed Rachmi.

Kartini Samon, a GRAIN researcher, also explained that the RCEP was drafted and negotiated long before the COVID-19 pandemic. The reality that occurred with the economic slowdown due to the pandemic was not much consideration before signing at the end of 2020. It is clear that developing countries, including Indonesia, are members of the RCEP will be more vulnerable. It will take longer to recover from the economic crisis caused by the pandemic. RCEP will also narrow the policy space to overcome future crises due to non-recession economic liberalization, regulated through the ratchet mechanism.

“One of those affected matters is the availability of national food, which the Government is trying to overcome through food estates, which are also greatly dependent on the food industry. Meanwhile, RCEP will increase imports of several food products such as sugar, meat, and processed food from a number of other RCEP countries such as China, Malaysia, Australia, and Thailand. This pandemic should be a lesson to support smallholder agriculture, which is highly resilient in facing the crisis, instead of liberalizing the food sector. Therefore, we keep urging the House of Representatives to take careful steps and not to ratify the RCEP,” stated Kartini.

Rachmi further assessed that the Government’s optimism over the hope of Indonesia to become a player in Regional Value Chains (RVC) in the RCEP region is highly questionable and has consequences for the impact of the race to the bottom competition among ASEAN countries themselves. Moreover, RVC is more focused on production efficiency by considering the source of raw materials and lower labor costs.

The benefits obtained by Indonesia from Regional Value Chains in the RCEP collaboration certainly do not occur automatically by only participating in ratifying the RCEP Agreement. There are still other main factors that can affect the success of Indonesia in being able to take advantage of RCEP, namely investment factors from lead firms in advanced industrial countries. Moreover, attracting investment is not easy. This is a challenge for competition among ASEAN countries to attract investment, especially with Vietnam and Malaysia, known as lower-cost investment destinations. Four conditions become a bargaining chip for investors, namely the country which can offer the most efficient production costs, such as cheap labor, tax convenience, and access to natural resources, which will be the winner.

“Certainly, the RVC agenda will be a race to the bottom that will sacrifice the community, especially labor rights, and have a broad impact on people’s lives on the practice of extracting natural resources. Moreover, the requirement for facilitation of the investment climate is deregulation, especially concerning wage policies and labor efficiency. And this has been implemented through the ratification of the Job Creation Law, which makes workers as cheap and flexible wage workers,” explained Rachmi.

Threats to workers are also faced in the RCEP’s arrangement on the Movement of Natural Persons Chapter. Muslim Silaen, the Coordinator of Labor Advocacy at IGJ, explained that the Movement of Natural Persons Chapter would reveal the Inter-Corporate Transfer (ICT) trend, which utilizes talented foreign workers to support the efficient use of technology in Indonesia. However, this rule will potentially result in employment problems in the end, such as; the failure of technology transfer, the decline of job opportunities in Indonesia. Due to the entry of workers from abroad for the liberalized sector, the potential of workers only based on certification will not support the transfer of technology to Indonesian workers.

“To be able to compete in the service trade, surely from RCEP, Indonesia must produce workers who are experts, and this is due to the trend of incoming investment is always along with technology that Indonesian workers do not control. Thus the foreign company will use its workforce in operating the technology. The ability to maximize RCEP requires qualified human resources including education”, explained Muslim.

In the midst of efforts to win the competition in attracting investment, the Senior Researcher of IGJ, Lutfiyah Hanim, explained that the RCEP Agreement also provides exclusive rights for investors through the chapter on investment protection. The regulation of the Investment Chapter of the RCEP Agreement contains the substance of protection for Investors. It provides legal certainty to investors through an investment dispute settlement mechanism known as Investor-State Dispute Settlement (ISDS). This regulation has the potential to cause state losses, mainly due to the high costs of litigation and compensation costs when facing investor lawsuits in international arbitration.

“The threat of investor-state dispute settlement mechanisms allowing investors to sue countries directly in international arbitration remains wide open in RCEP. This is due to the RCEP Investment chapter has agreed on a follow-up Work Program to discuss the possibility of including an investment dispute resolution mechanism between investors and the state (ISDS) within no more than two years after the RCEP Agreement enters into force,” explained Hanim.

The COVID pandemic has made the situation of women workers and women trade union leaders more challenging. Statistics Indonesia noted that of the 29.12 million working-age population, 2.56 million lost their jobs, and 24.03 million people who have occupations experienced a reduction in working hours.

Solidaritas Perempuan explained that if RCEP were ratified, it would further trigger the flexibility of the labor market and low wages for women, which were relied on as good competitiveness to attract investors. Various trade agreements, including the RCEP, are designed to facilitate market competitiveness and the free flow of capital. Thus countries within them can access resources and low-wage labor. Therefore, many women who work in the export and informal industry sectors will be more vulnerable.

Henry Thomas Simarmata, a researcher as well as legal practitioner, explained the facts about other losses in the RCEP Agreement related to the Chapter on Protection of Intellectual Property Rights, which have an impact beyond the economic space. There are concerns that international trade agreements are being used to substantially alter domestic IP for market access and risk management reasons. RCEP strongly presupposes the power and legal framework of the state party. For Indonesia and the international relations that the Indonesian government is implementing, several areas of debate within the framework of IPR protection still require to be formulated, discussed, and processed.

“In this context, the Constitutional Court’s decision which acts as the basis of the analysis becomes significant, especially regarding the IPR in the RCEP for Indonesia—for instance, related to issues of fair use and public interest, geographical indications and genetic resources, the definition and impact of emerging competition, and law enforcement. For this reason, as long as Indonesia does not develop and elaborate on the issue of IPR protection in the RCEP, then IPR will enter various fields of life, which will create a dominant position for both the state party and specific commercial entities,” stated Henry.

The Head of Peasant Rights Campaign Agency of the Indonesian Peasant Union, Afgan Fadhilah, explained that “It is quite clear that ratification of RCEP will pose a serious threat to peasants in Indonesia. Currently, peasants in Indonesia are dominated by smallholders with narrow land areas with low capital. How can peasants prosper if they are forced to compete? As a result, peasants’ role as food producers is reduced due to food corporations that have capital requirements and are able to compete. Moreover, the pandemic has proven that a locally based food system is stronger than a food system controlled by corporations.”

Furthermore, Olisias Gultom, the Senior Researcher of IGJ, revealed the potential losses that the Indonesian people will experience if the State does not control digital liberalization in RCEP. The people of Indonesia will experience several consequences in the context of the freedom of data flow and the flow of goods performed digitally. First, the freedom of cross-data and the non-enforcement of local presence is extraordinary freedom in the digital world that must go hand in hand with the imbalance of regulations in data protection, both for personal data and strategic data. Second, there are no restrictions on specific products and market areas. Hence through e-commerce facilities, there is open and direct competition with primary producers. The limited production capacity of MSMEs will limit the ability of MSMEs to enter the global market and, with unrestricted competition, marginalize MSMEs eventually.

“Regarding these two matters, the state’s readiness to face digital liberalization is sluggishly slow. For example, Indonesia has not yet ratified a law on the protection of personal data, including the division of protection regulations related to data, public information, and the state, which opens up huge risks for the Indonesian people. In fact, we must realize that e-commerce policies are only part of the entire digital economy but have become an entry point for forming global regulations that are not in favor of the people’s interests. Thus, it is urgently important to prevent them from becoming prey to the domination of the world’s big companies”, explained Olisias.

The House of Representatives of Indonesia Must Implement Constitutional Mandate

The study of the RCEP potential impact of the Civil Society Coalition for Economic Justice should be a severe consideration for THE HOUSE OF REPRESENTATIVES OF INDONESIA in deciding to approve or disapprove the ratification of the RCEP Agreement.

Rahmat Maulana Sidik, the Advocacy Coordinator of IGJ, emphasized that “The Constitutional Court Decision Number 13/PUU-XVI/2018 concerning Law No. 24 of 2000 Agreement, which the Coalition for Economic Justice won, has emphasized that the House must approve important international agreements of Representatives cannot be limited in accordance with Article 10 of Law no. 24 of 2000 concerning International Treaties. Instead, it must be seen more broadly that the impact of an international agreement must not conflict with Article 11 Paragraph 2 of the 1945 Constitution. Suppose an international agreement such as RCEP threatens the sustainability of the nation in the future. In that case, the House of Representatives of Indonesia can cancel or not approve the ratification of the RCEP agreement.” 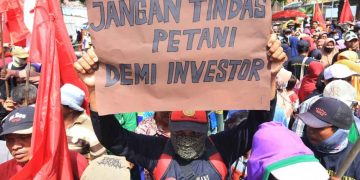 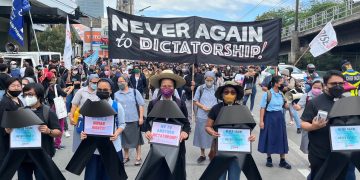