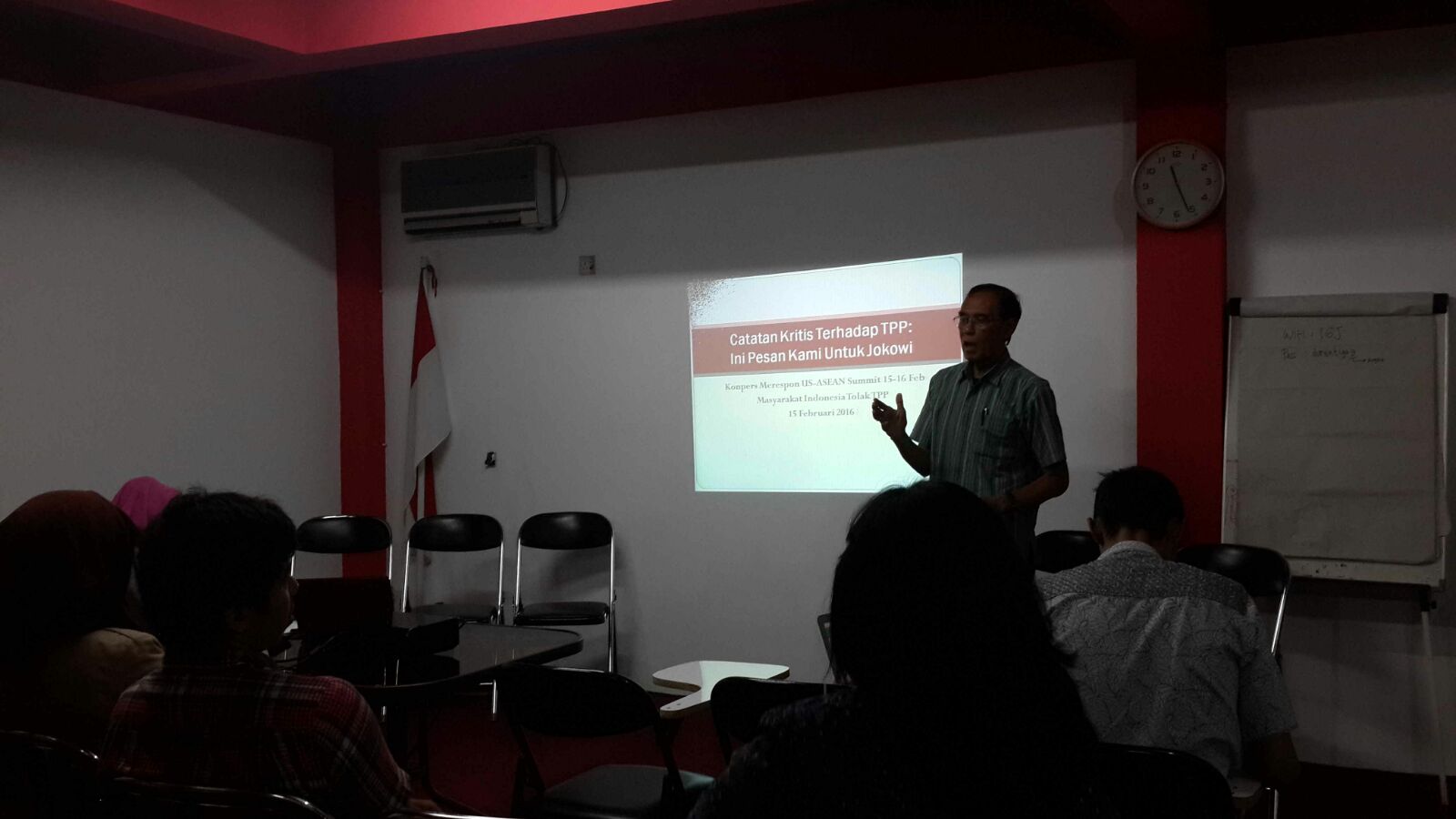 PALM SPRINGS, KOMPASThe Trans-Pacific Partnership (TPP) has been excluded from the list of special issues to be discussed during the US-ASEAN Summit. Many domestic experts are urging the government not to make any commitments regarding the TPP during the Summit, held in Palm Springs, California, on February 15-16.

Foreign Minister Retno LP Marsudi told reporters at Palm Springs on Sunday (14/2/2016) that the Summit was organized in the form of retreats. “The TPP is not on the list of special issues to be discussed in any of the meetings,” said Retno, who accompanied President Joko Widodo at the event.

Kompas reporter Sonya Hellen Sinombor quoted Retno as saying that discussions in the first part of the retreat would center on issues related to the digital economy and international cooperation to empower micro, small and medium-sized enterprises (MSME). “Of course, in talking about the economy, it’s possible that other issues, like comprehensive economic partnerships and the TPP, will be mentioned. However, the TPP itself is not on the list of special issues,” Retno explained.

Likewise, Retno continued, Freeport-related matters were also excluded from the list of special issues at the Summit.

Meanwhile, a number of local organizations, such as Indonesia for Global Justice (IGJ), Asian Solidarity Economy Council (ASEC) Indonesia, the Indonesian Movement for Microfinance Development (Gema PKM Indonesia) and Indonesian Farmers’ Alliance, are urging the government not to make any commitments to the TPP at the US-ASEAN Summit.

In a statement signed by 25 civil society organizations entitled “Indonesian People’s Message to Joko Widodo”, the groups said that many proposed deals in the partnership contradicted the government’s programs. It would be a better thing for the government to focus on partnerships that drive and strengthen the growth of the people’s economy, they argued.

IGJ research and knowledge manager Rachmi Hertanti said that there were points in the TPP that contradicted the government’s ambition to strengthen downstream industries and solidify the synergy between state companies. Furthermore, the TPP may also potentially kill off micro businesses.

The clause that prohibits local content will obstruct infrastructure development and the strengthening of downstream industries and the government itself has committed to absorbing 30 percent of the total need for cement, iron, and steel from local sources.

Gema PKM Indonesia secretary general Bambang Ismawan affirmed that the current investment model and that proposed by the TPP did not favor a people-centered economy.

“Indonesia doesn’t need investors who control the government, but those who really wish to empower a people’s economy,” he said.

Separately, Benny Soetrisno, the deputy chairman for trade at the Indonesian Chamber of Commerce (Kadin), said that Kadin would soon study Indonesia’s preparedness to join the TPP.