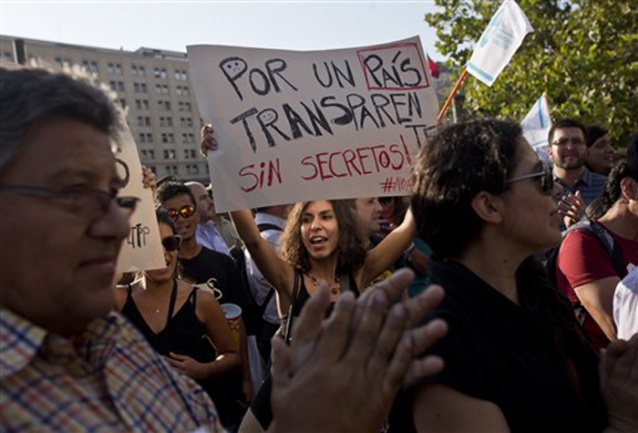 Indonesia could fall into bankruptcy if the biggest market in Southeast Asia join the Trans-Pacific Partnership (TPP), which would allow investors to sue the government in international arbitration courts through investor-state dispute settlements (ISDS), an activist has warned.

Indonesia for Global Justice (IGJ) spokeswoman Rachmi Hertanti said ISDS favored investors’ interests over the national interest. Submitting to the TPP regulations on ISDS would open the country to being sued by foreign investors claiming their investment had been disadvantaged.

“According to the United Nations Conference on Trade and Development [UNCTAD], American and Canadian investors most frequently used ISDS to resolve disputes between 2013 and 2015, with the dispute cases worth US$8 million to $2.5 billion,” Rachmi said on Monday in Jakarta.

She pointed to a dispute in March 2015 brought by Churchill Mining Plc claiming $2 billion in compensation. “That’s more than a year’s worth of food subsidies Indonesia. If Indonesia lost, the effect on the state budget would be unimaginable,” she argued.

Indonesia’s investment laws currently require consent from disputing parties before a matter is taken to international arbitration. The government must first revoke the measure to comply with the TPP before it can join the trade pact of 12 Pacific Rim countries.

“The right of labor to be represented at annual meetings to decide the minimum wage will be abolished. With the TPP, foreign investors could force the government to change regulations on workers,” he said. (ags)(+)