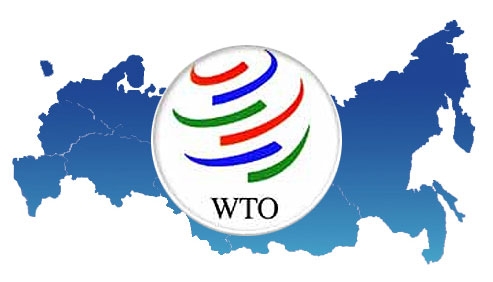 Geneva, 28 Apr (D. Ravi Kanth) – The European Union has come out in the open by unveiling an aggressive trade agenda to be pursued at the World Trade Organization, after collaborating with the United States in torpedoing the Doha Development Agenda trade negotiations at Nairobi, Kenya, over four months ago, several trade envoys told the SUNS.

[In a comment, Chakravarthi Raghavan, Editor-Emeritus of the SUNS, notes that even at Marrakech in 1994, in concluding the Uruguay Round negotiations and signing on to the WTO treaty and its annexed agreements, the EU (at that time the European Communities) laid the groundwork for a new round to enable it to delay and avoid the commitments for reforms in agriculture trade and the EC’s heavy subsidies and protection to its agriculture sector – on the domestic, export and import sectors. The United States, initially opposing such a new round of negotiations, at Singapore in 1996, Geneva in 1998 and Seattle in 1999, joined the European Union in launching the negotiations on the Doha Work Programme as a Single Undertaking in 2001.

[In retrospect at least, adds Raghavan, it is clear that the two dominant partners engaged in these delaying tactics to make a mockery of the oft-proclaimed rules-based WTO multilateral trading system, and jettison their own treaty commitments, under the dubious argument that many of the Doha work programme issues are out of date.]

In a detailed policy statement made before the EU’s civil society representatives on Tuesday (April 26), the EU’s trade commissioner Cecilia Malmstrom sought to make out a strong case for leaving the Doha work program behind even though it contains many issues that are “just as relevant today, as they were in 2001, if not more so.”

“We don’t need to get bogged down in the question of whether Doha is dead or alive,” the commissioner said, after joining forces with the US in running away with the Trade Facilitation Agreement while wrecking the remaining issues of the Doha Work Programme’s single undertaking.

The EU, which hitherto had played a “countervailing” role to contain its trans-Atlantic trade partner, the US, at the GATT (General Agreement on Tariffs and Trade) and subsequently the WTO, has changed course since 2008 by being the principal ally for Washington to pursue an agenda that diametrically stood opposite to the demands made by developing and least-developed countries, according to several trade envoys.

Brussels joined Washington in pursuing an aggressive “differentiation-cum-graduation” approach by painting China and India as separate from the rest of the developing countries even though they still contain the largest number of people dependent on agriculture and living below the poverty line.

“And the economic rise of countries like China and India has not only changed the balance of power in the WTO, it has changed the interests of some key developing countries,” commissioner Malmstrom claimed, parroting Washington’s thesis of emerging economies which need to undertake higher commitments without special and differential treatment.

Although the EU’s priorities in agriculture, rules, and even some developmental issues differed from the US positions, Brussels allowed itself to be treated as handmaiden of the US for pursuing a diabolical new trade agenda, a South American trade envoy told the SUNS.

Otherwise, it is difficult to explain how the EU which fought fiercely with the US over agriculture in the previous Uruguay Round, and until the run-up to and at the 2003 Cancun Ministerial Conference, allowed Washington at Nairobi to get the disciplines it wanted in the Doha agriculture export competition pillar, particularly in areas such as export credits and food aid, the envoy added.

The EU had vehemently opposed the US demands in export credits and food aid at the WTO’s sixth ministerial conference in Hong Kong when the former EU trade commissioner Peter Mandelson refused to budge on Washington’s demand for kid-glove-treatment on food aid.

At Nairobi, the EU merely swallowed whatever was demanded by its trans-Atlantic trade partner on export credits and food aid.

Further, the EU gave up its own agenda on trade-distorting domestic support because the US was not interested.

It allowed the WTO director-general, Roberto Azevedo, to pursue the US agenda on agriculture, said a developed country trade envoy, who asked not to be quoted.

Little wonder that the EU commissioner said there are many issues in the Doha Work Programme “that cannot be addressed in bilateral or regional trade agreements and can only be tackled in the WTO.” Among the three big issues to be tackled at the WTO, she mentioned “domestic support to agriculture.”

“This is one of the most important and challenging unresolved issues, which many members care about,” Commissioner Malmstrom argued.

“Therefore, advancing on domestic support will be crucial for progress to be achieved on other issues,” she emphasized.

The commissioner is fully aware that domestic support will now remain on the back burner forever because its trans-Atlantic trade partner will not simply allow it due to the farm bill that was passed by the US Congress in 2014.

That farm bill of the US overshot domestic subsidy payments well beyond the levels that were nearly negotiated in the Doha round and in some cases, went beyond the previous Uruguay Round, according to the South American trade envoy.

Further, the EU knows that the US will refuse to move on domestic support unless China, India, and other leading developing countries undertake commensurate commitments without the S&DT or less-than-full-reciprocity provisions.

Coming to the new issues, the EU and the US are almost on the same page on digital trade which is being pursued in the plurilateral initiative on the trade in services agreement (TISA) and also the trans-Atlantic Trade and Investment Partnership (TTIP) negotiations.

Despite some difference on the data-privacy and sharing issues in e-commerce, the two trade elephants will try and push for launching negotiations on digital trade at the WTO, an Asian envoy said.

On “Digital trade,” said commissioner Malmstrom, “this is an area where we actually have a WTO work program – on e-commerce – but where progress has been slow and economic reality has moved on.”

“It’s also interesting because 23 WTO members are already in talks on the issue in the negotiations for a Trade in Services Agreement. Other countries appear interested too. For instance, China has raised the issue in the context of its G20 presidency,” she said.

The third main issue after domestic support and digital trade for the EU is the most controversial “investment” issue. “This was part of the Doha Round until Members dropped it in 2003,” the EU trade policy chief said.

She justified the need to start discussions on investment because of the “impact of the bilateral approaches on investment protection that countries have taken to the issue since.”

“It’s become one of the most sensitive issues in the public debate and different approaches are proliferating,” she argued.

Significantly, “there does appear to be interest among some WTO members now to come back to it, including again from China,” Commissioner Malmstrom argued.

But the US remains reluctant to pursue a multilateral investment agreement when it is extracting major concessions for itself through the bilateral agreements, said an envoy familiar with the backroom discussions on investment.

The second group of some eight issues of importance for the EU include five new issues such as “good regulatory practices and transparency for technical barriers to trade”; “subsidies for manufactured goods,”; “export restrictions on energy and raw materials”; “local content” requirements; and “state owned enterprises.”

The three remaining issues she mentioned – fisheries subsidies, food security and public stockholdings, and domestic regulation – are already there on the agenda.

Commissioner Malmstrom said “the final group” of two issues cover “only a plurilateral approach” for “sectoral market access agreements for goods” and “more” to be done in trade facilitation.

The EU argued that while sectoral market access agreements need to be pursued on the lines of the Information Technology Agreement, there is strong ground for other areas such as chemicals.

For expanding the Trade Facilitation Agreement, the EU commissioner said Brussels is working with a ‘subset’ of WTO members.

In many ways, Commissioner Malmstrom’s ideas for the WTO seem to replace the infamous “Millennium” trade agenda that was pursued by Sir Leon Brittan with another set of ambitious issues that would ensure the continued dominance of the developed countries in the global trading system.

It remains to be seen how the developing and poorest countries will respond to the EU’s ambitious and comprehensive agenda after suffering the loss of the Doha Development Agenda round of trade negotiations because of the EU’s role.

The past and present of “free trade” and investment agreement 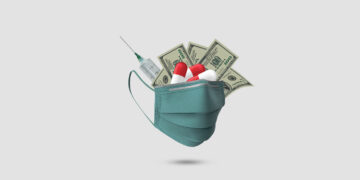 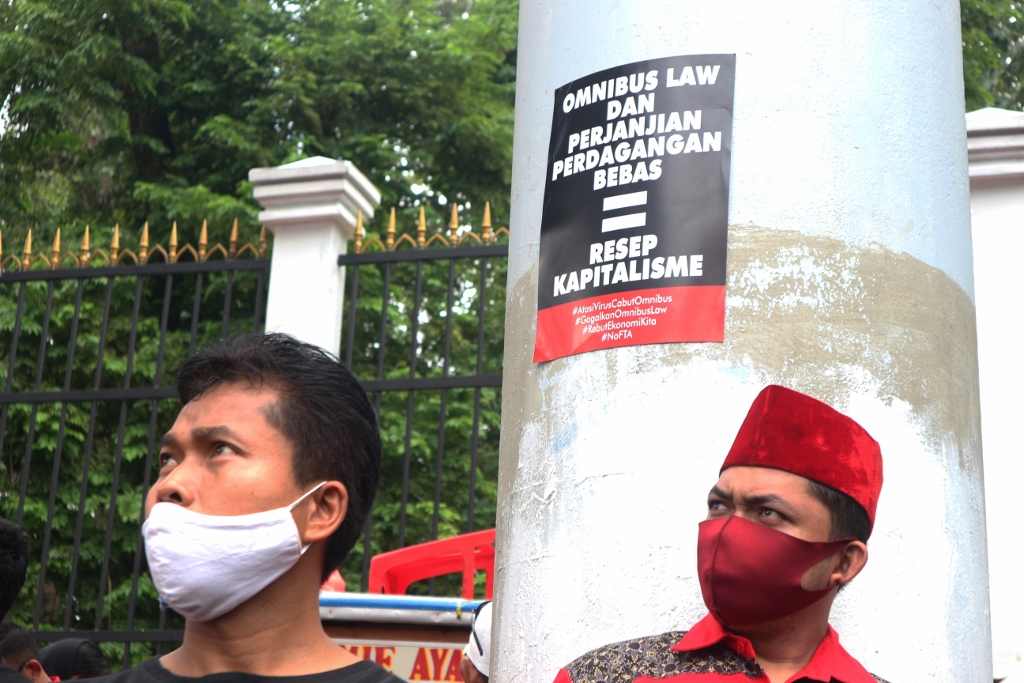 The past and present of "free trade" and investment agreement