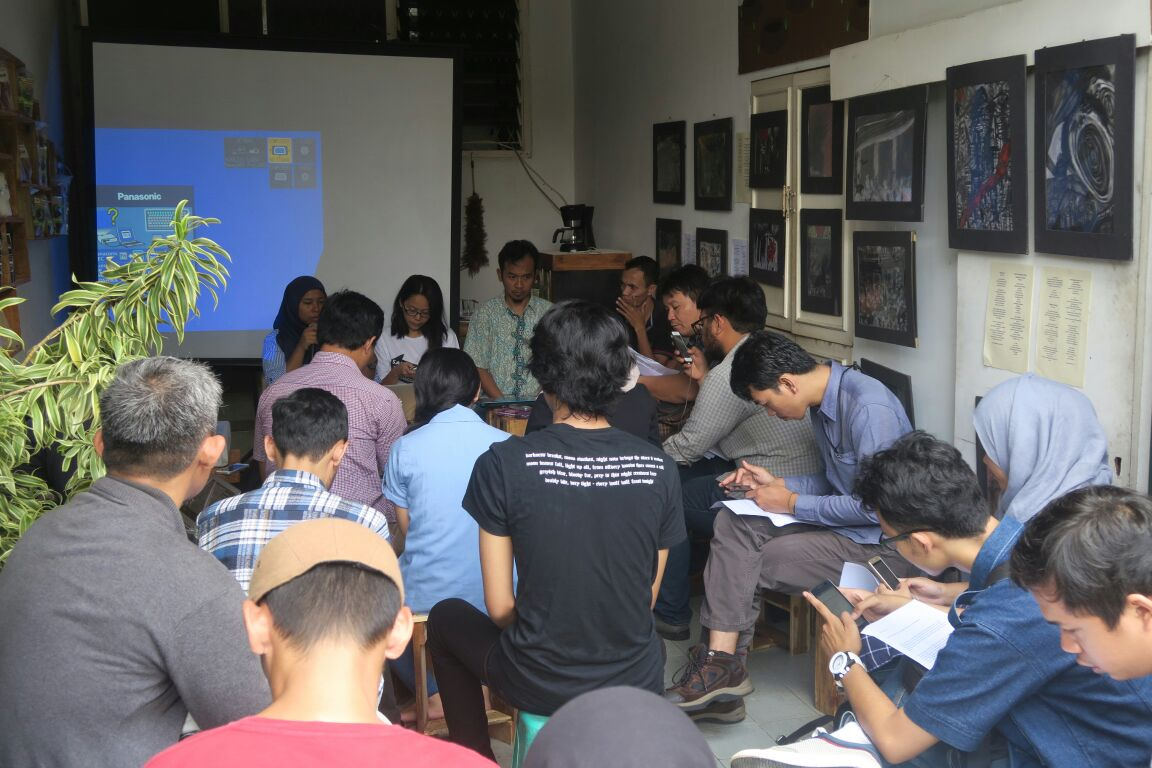 Jakarta. Local non-government organizations are opposing a government plan to extend the transition period for miners operating in the country to comply with a prohibition on exporting unprocessed minerals, arguing a flip-flop in policy will hurt investment climate and further relaxation in the sector will trigger massive exploitation of the country’s natural resources and even worse environmental degradation.

Interim Energy and Mineral Resources Minister Luhut Pandjaitan was quoted by Detik.com on Oct. 4 as saying the government is revising its Regulation No. 1/2014 to give extra time for mining companies to export concentrates until 2021, instead of 2017 as it is currently set.

Local non-government organizations involved in mining sector advocacy were immediately lining up to oppose the revision.

They include influential environmental groups Indonesian Forum for the Environment, known as Walhi, and the Mining Advocacy Network, known as Jatam. There is also the civil society group Indonesia for Global Justice (IGJ) and an advocate for financial transparency in the extractive industry, Publish What You Pay (PWYP) Indonesia.

Melky Nahar, a campaigner from Jatam, said the government has not been consistent in implementing the 2009 Mining Law that seeks to ban ore and concentrate exports.

“The law has been inconsistently implemented by the government so far,” Melky said on Tuesday (11/10).

“And since now [the government] has said it will revise the [current] regulation, it’s obvious that this regime is siding with the mining companies,” he said.

In an article published by Reuters on Sept. 9, Luhut was quoted as saying that a delay from between the law was enacted in 2009 to when the implementing regulation was issued in 2014 made it difficult for miners to build smelters and comply with the deadline.

“The implementing regulation came out in 2014, there’s no way they could build smelters [in time], and what’s more commodity prices have been down,” Luhut said, as quoted by the Reuters article.

“Now we are trapped between sticking with the current mining law and seeing a lot of hassles in trying to implement it. But we can’t change the law just like that either,” he added.

Under the 2014 regulation, no partially processed minerals — copper, zinc, lead, iron and manganese — are allowed to be exported after Jan. 11, 2017. Only shipments of refined metals will be allowed by then.

Nickel ore and bauxite have already seen a complete ban since 2014.

PWYP Indonesia said they suspected the government’s policy flip-flop is the result of lobbying by the local unit of US copper mining giant Freeport-McMoRan, which has been negotiating with the government over an extension of their contract to operate the Grasberg mine — the largest gold mine and the third largest copper mine in the world — that will end in 2021.

Aryanto Nugroho of PWYP Indonesia said there is a clear connection between the extension drafted by the government and Freeport’s lobbying for their contract.

“The timing is just too perfect,” he said.

Aryanto pointed out that any further relaxation of the ban on concentrate and ore mineral exports will trigger “massive exploitation” of Indonesia’s natural resources, even worse environmental degradation and a veritable humanitarian crisis.

Riza said Freeport will build a new smelter in Gresik as mandated by the 2009 mining law.

Freeport Indonesia, he said, already has an operating smelter in Gresik, which has been open since 1997.

Rachmi Hertanti of the IGJ suspected the Indonesian government is also buckling under pressure from global trade organizations — including the World Trade Organization — and is struggling to deal with a host of lawsuits from global companies unhappy with the ban.

“The government should not forget that there are other investors interested in building Indonesia’s downstream industry, so please, don’t make a policy that will only harm this country,” she said.